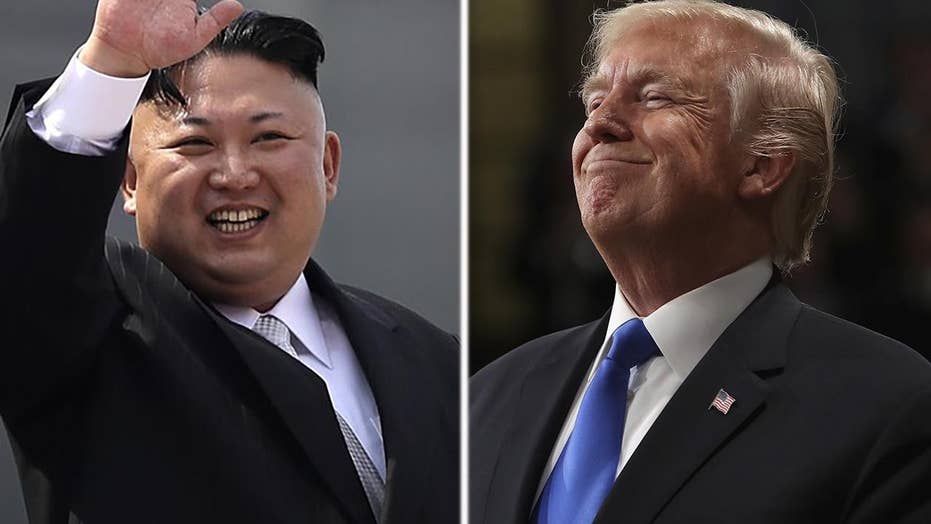 North Korean propaganda fliers were reportedly found Saturday in the mountains near South Korea's capital as the start of the 2018 Winter Olympics approaches.

The leaflets found near Seoul show the logo of the Winter Games in Pyeongchang and their two mascots standing beneath the Olympic rings, Reuters reported Monday, citing NK News.

“Welcome, guests from Pyongyang!” the fliers read. The report said the fliers were likely dropped from balloons flown across the border from North Korea. The leaflets also welcome North Korean athletes, cheerleaders and performance artists, the report said.

On the opposite side of the fliers, the Winter Olympics mascots appear to be running together, saying “Let’s Go to Kaesong! Let’s go to Mount Kumgang!”

The discovery of the fliers comes as North Korea announced plans to send a high-ranking delegation to South Korea this week as part of its rapprochement with South Korea during the Olympics.

The Koreas' reconciliatory mood follows a year of heightened tensions over North Korea's advancing nuclear and missile programs. Some experts say the North may want to use its Olympic-related overture as a way to weaken U.S.-led international pressure and sanctions.