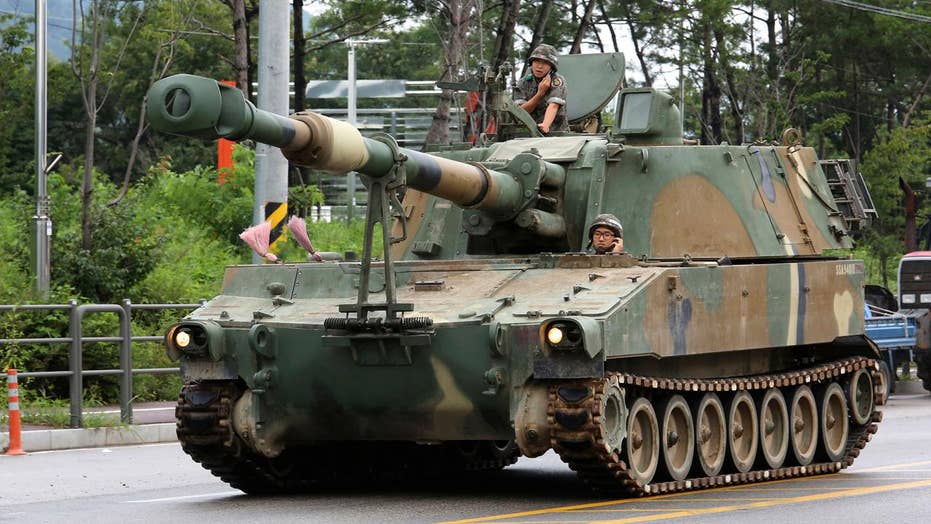 Using its typical brand of belligerent bluster, North Korea on Sunday warned Australia the nation would be committing a "suicidal act of inviting disaster" by aligning with American forces, which kicked off their annual military drills with South Korean forces on Monday.

North Korean news agency KCNA issued the threat singling out Australia on the eve of the annual U.S.-South Korean military drills. Last week Prime Minister Malcolm Turnbull pledged to enact the ANZUS treaty, the collective security agreement between the U.S. and Australia, "if there is an attack" on the U.S., according to news.com.au.

"Not long after the Australian prime minister had stated that they would join in the aggressive moves of the U.S., even referring to ANZUS, which exists in name only, the Australian military announced that they would dispatch their troops to the aggressive nuclear exercises of the U.S.," a North Korean Ministry of Foreign Affairs spokesperson said in the statement. "This is a suicidal act of inviting disaster as it is an illustration of political immaturity unaware of the seriousness of the current situation."

The statement said Australian forces helped the U.S. in the Korean and Vietnam wars, only to be left with "heavy loss of lives" in the end.

North Korea also warned the U.S. on Sunday of "adding fuel to fire" by proceeding with the planned war games, calling it a "reckless" move that could trigger the "uncontrollable phase of a nuclear war."

The exercise involves 17,500 American troops and 50,000 South Korean soldiers, according to the U.S. military command in South Korea and Seoul's Defense Ministry.

No field training, such as live-fire exercises or tank maneuvering, is involved in the Ulchi drills, in which alliance officers sit at computers to practice how they engage in battles and hone their decision-making capabilities. The allies have said the drills are defensive in nature.

The drills come after North Korean stepped back from its plan to strike Guam with medium-range ballistic missiles. Last month North Korea also successfully test-launched two ICBMs, prompting President Trump to pledge to respond to the rogue nation's aggression with "fire and fury."