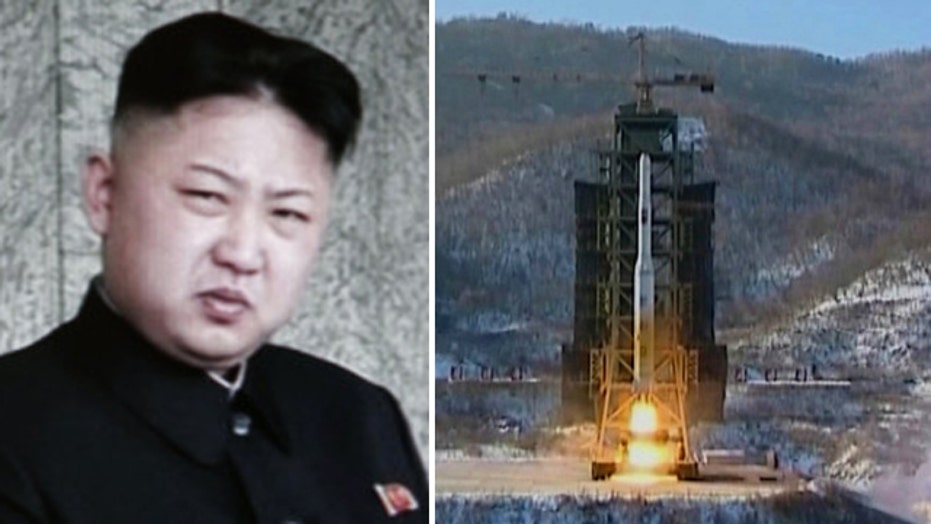 Regime revs up rhetoric ahead of U.N. vote on new sanctions

North Korea amplified its threatening rhetoric as the U.N. Security Council approved new sweeping sanctions, vowing to launch a first-strike nuclear attack against the United States and threatening to engulf Washington in a "sea of fire."

An unidentified spokesman for Pyongyang's Foreign Ministry said the North will exercise its right for "a preemptive nuclear attack to destroy the strongholds of the aggressors" because Washington is pushing to start a nuclear war against the North.

At a mass rally in Pyongyang on Thursday, Army Gen. Kang Pyo Yong told the crowd that North Korea is ready to fire long-range nuclear-armed missiles at Washington.

"Intercontinental ballistic missiles and various other missiles, which have already set their striking targets, are now armed with lighter, smaller and diversified nuclear warheads and are placed on a standby status," Kang said. "When we shell (the missiles), Washington, which is the stronghold of evils, .... will be engulfed in a sea of fire."

White House spokesman Jay Carney said at a briefing that the U.S. is fully capable of defending itself after a North Korean missile attack.

U.S. Ambassador to the U.N. Susan Rice reacted to the warnings Thursday, saying North Korea will "achieve nothing" with threats.

"North Korea will achieve nothing by continued threats and provocations. These will only further isolate the country and its people and undermine international efforts to promote peace and stability in northeast Asia," Rice said.

The U.N. Security Council unanimously endorsed a fourth round of sanctions against Pyongyang in a fresh attempt to rein in its nuclear and ballistic missile programs.

The vote Thursday by the U.N.'s most powerful body on a resolution drafted by North Korea's closest ally, China, and the United States sends a powerful message to North Korea that the international community condemns its ballistic missile and nuclear tests -- and its repeated violation of Security Council resolutions.

The new sanctions are aimed at making it more difficult for North Korea to finance and obtain material for its weapons programs.

North Korean threats have become more common as tensions have escalated following a rocket launch by Pyongyang in December and its third nuclear test on Feb. 12. Both acts defied three Security Council resolutions that bar North Korea from testing or using nuclear or ballistic missile technology and from importing or exporting material for these programs.

North Korea accused the U.S. of leading efforts to slap sanctions on North Korea. The statement said the new sanctions would only advance the timing for North Korea to fulfill previous vows to take "powerful second and third countermeasures" against its enemies.

The statement said North Korea "strongly warns the U.N. Security Council not to make another big blunder like the one in the past when it earned the inveterate grudge of the Korean nation by acting as a war servant for the U.S. in 1950."

North Korea demanded the U.N. Security Council immediately dismantle the American-led U.N. Command that's based in Seoul and move to end the state of war that exists on the Korean Peninsula, which continues six decades after fighting stopped because an armistice, not a peace treaty, ended the war.

In anticipation of the resolution's adoption, North Korea earlier in the week threatened to cancel the 1953 cease-fire that ended the Korean War.