Hours after North Korea announced it canceled a high-level summit with South Korea, a top official from the country on Wednesday threatened to abandon talks with the United States if the discussion is going to be “a one-sided demand” centered around giving up its nuclear arsenal.

Kim Kye Gwan, the North's first vice foreign minister, criticized comments from President Donald Trump's top security adviser John Bolton and other U.S. officials for citing the “Libyan model” for how the situation should be addressed.

Libya gave up its nuclear program in the 2000s in exchange for sanction relief. The North has often cited Libyan leader Moammar Qaddafi's gruesome death in 2011 at the hands of rebel forces to justify its own nuclear program from what it considers threats from the U.S. Kim Jong Un took power weeks after Qaddafi died.

"We will appropriately respond to the Trump administration if it approaches the North Korea-U.S. summit meeting with a truthful intent to improve relations," Kim said in a statement.

He said that North Korea will no longer be interested in negotiations with the U.S., and will reconsider sitting down with Trump for the high stakes foreign policy meeting if it “will be all about driving us into a corner.” 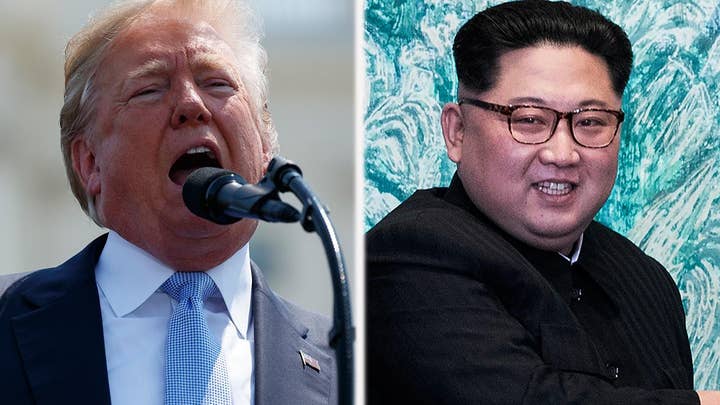 In addition to the nukes, the vice foreign minister also expressed his disapproval for comments the U.S. made about its desire for North Korea to relinquish is biological and chemical weapons.

North Korea abruptly canceled its meeting with South Korea on Tuesday over its participation in joint military exercises with the U.S., with KCNA, North Korea's state media outlet, claiming the drills were preparation for a potential invasion of the country.

South Korea's Defense Ministry said the military exercises will continue despite North Korea’s adamant disapproval. The ministry's spokeswoman Choi Hyunsoo said the drills are not attack exercises, but are aimed at improving the skills of its pilots.

State Department Spokesperson Heather Nauert said during a Tuesday briefing that they had not received any "formal or even informal notification of anything," and are continuing to plan the summit, while Press Secretary Sarah Sanders said the White House is aware of the report and the U.S. "will look at what North Korea has said independently, and continue to coordinate closely with our allies."