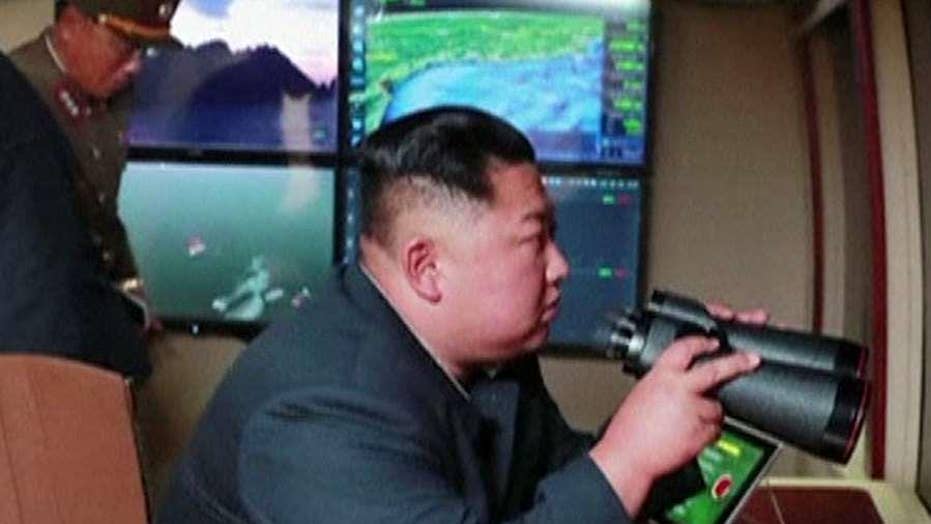 North Korea fired two presumed short-range ballistic missiles into the sea Tuesday and lashed out against the U.S. and South Korea for continuing military exercises amid stalled nuclear diplomacy.

The regime’s fourth round of weapons launches in less than two weeks came as the U.S. and North Korea are in deadlock over nuclear talks even as the North’s new military capabilities could strike Seoul and American military bases there.

President Trump somewhat downplayed the threat from the North over the missile tests, while experts say the tests are designed to pressure Washington to resume diplomacy.

South Korea’s military alerted reporters to the launches minutes before the North’s Foreign Ministry denounced Washington and Seoul over the start of their joint exercises on Monday.

The regime said in a statement that the drills, which North Korea sees as an invasion rehearsal, leave the country “compelled to develop, test and deploy the powerful physical means essential for national defense.”

The statement from an unidentified spokesperson said Pyongyang remains committed to dialogue, but it may look for a “new road” if the allies don’t change their positions.

“It is too axiomatic that a constructive dialogue cannot be expected at a time when a simulated war practice targeted at the dialogue partner is being conducted,” said the statement. “We remain unchanged in our stand to resolve the issues through dialogue. But the dynamics of dialogue will be more invisible as long as the hostile military moves continue.”

“It is too axiomatic that a constructive dialogue cannot be expected at a time when a simulated war practice targeted at the dialogue partner is being conducted.”

Seoul’s Joint Chiefs of Staff said the two fired projectiles were likely short-range ballistic missiles that flew cross-country about 450 kilometers (279 miles) before landing in waters off the North’s eastern coast.

It added that the missiles resembled the short-range missiles North Korea fired on July 25, a test the regime described as a “solemn warning” to South Korea over its joint military drill with the U.S.

North Korea said it will wait to see if South Korea and the U.S. go ahead with the planned exercises and then decide the future of diplomacy with the U.S. and whether to continue its unilateral suspension of nuclear and long-range missile tests.