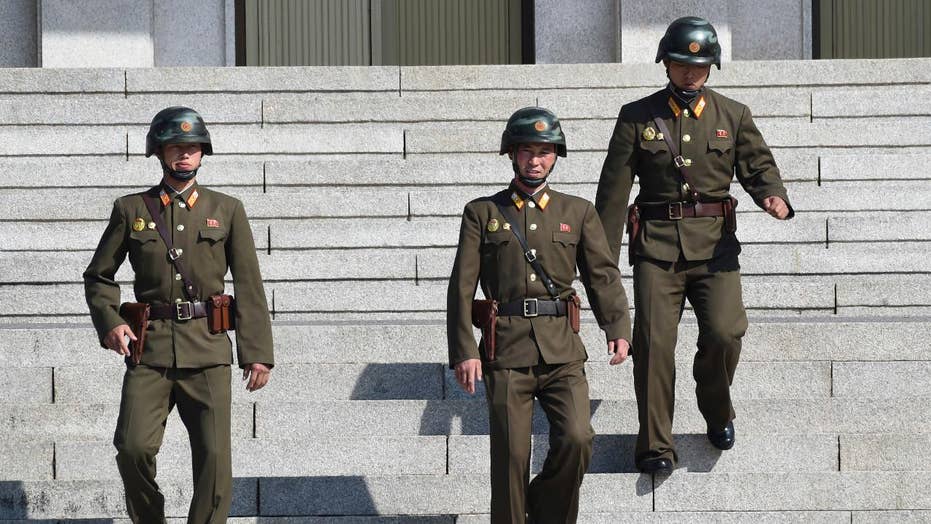 As tensions between the U.S. and North Korea continue to grow, the regime has been conducting safety measures for its people amid threats of nuclear war.

The country has “conducted rare blackout exercises and mass evacuation drills in secondary, tertiary cities and towns last week,” NK News reported Saturday. The drills were not conducted in the nation’s capital of Pyongyang.

Reaction on 'The Story' to recent global affairs shift.

Reports of the exercises come as U.S. Defense Secretary James Mattis recently stated that threats of a nuclear missile attack by the regime are accelerating.

“North Korea has accelerated the threat that it poses to its neighbors and the world through its illegal and unnecessary missile and nuclear weapons programs,” Mattis said Saturday.

According to NK News, evacuation drills of this nature are “extremely rare,” and often are unheard of in the communist nation that approximately 25 million people call home.

“I have never heard of this type of training exercises before in North Korea, but am not surprised,” a retired South Korean army lieutenant general said. “They must realize how serious the situation is.”

Although, one defector from North Korea, who lived in Pyongyang, told the news outlet he remembers these types of drills taking place “sometimes three times a year … especially at the time of military exercises of [South Korea] and U.S. army.”

TRUMP’S PROBLEM WITH NORTH KOREA IS NOT NUCLEAR WEAPONS

According to NK News, “daily air raid drills” were common in 1994 when the North and the U.S. were “on the brink of war.”

Mattis on Saturday accused Kim Jong Un’s regime of illegal and unnecessary missile and nuclear programs, and vowed to defeat an attack by North Korea, which he said engages in “outlaw behavior.”

The defense secretary also said the U.S. will not accept the North as a nuclear power.