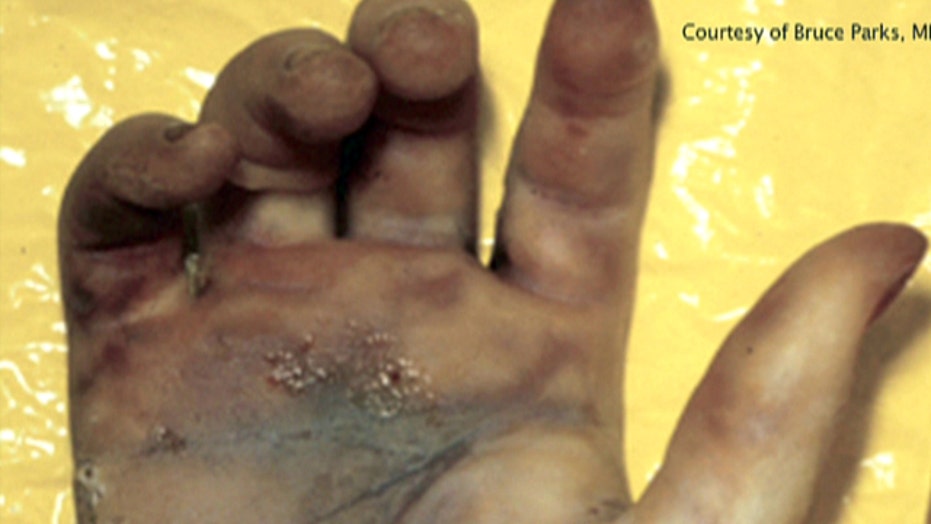 Medical examiners in Tucson, Arizona, have found a way to rehydrate the mummified hands of Mexican border crossers found dead in the scorching hot desert.

About 180 unidentified Mexican border crossers die in Arizona each year trying to enter the United States — their bodies usually surrendering to heat exhaustion and dehydration. And because the extreme heat causes the bodies to quickly mummify, the process of obtaining fingerprints is nearly impossible.

Dr. Greg Hess is Pima County Medical Examiner, and his office sees more cases of mummified border crossers than any other in the country.

“The skin loses water content and elasticity. It will mummify, which means it becomes very hard and firm and leathery," he said, adding that the identification process is usually compounded by the fact that many border crossers carry false documents.

A technique developed by his office, however, reverts the mummification process and allows medical examiners to identify hundreds of bodies, Dr. Hess explained. The technique was developed in 2001 but only recently is it being used a as tool to identify mummified bodies at the border.

"We can rehydrate mummified hands using a sodium hydroxide solution (...) that return that plumpness to the skin, the elasticity of it. So that you can take fingerprints,” Hess said.

The hands must soak in the solution for 72 hours, not more, because if the tissue is rehydrated  for too long "it can simply dissolve,” said Hess.

The process costs less than $100 per body. But the payoff, Dr Hess said, is immense.

"There is a sense of satisfaction in making that identification so there can be closure for the family, regardless of whether or not it’s a family in the United States or from some other country. We try to provide that,” said Hess.