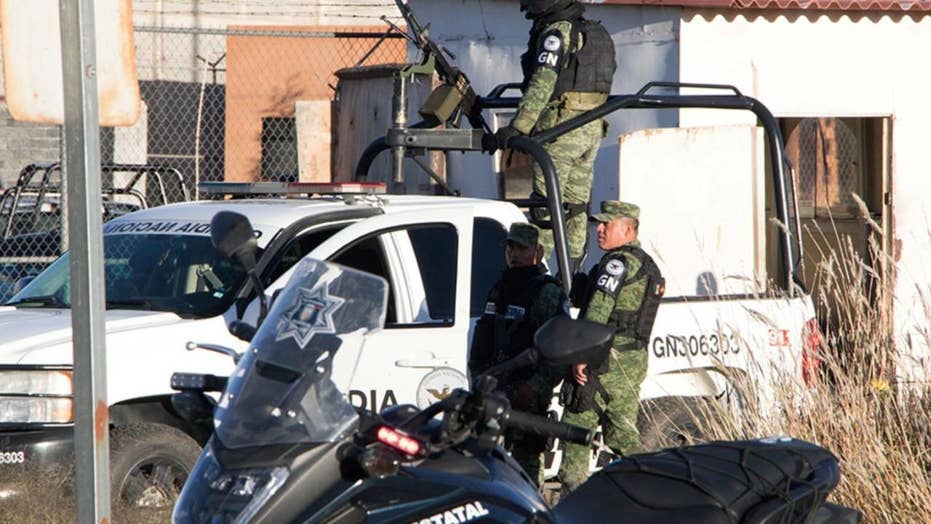 Sixteen inmates were killed at a Mexico prison after a dispute over a soccer game escalated into a full-scale riot.

Sixteen inmates were killed at a Mexico prison this week after a dispute over a soccer game escalated into a full-scale riot, reports say.

The melee, which took place Tuesday afternoon at the Cieneguillas state prison in Central Mexico, lasted nearly three hours before security could get the situation under control. Those who died suffered gunshot or stab wounds, or were beaten with objects, according to Zacatecas state security secretary Ismael Camberos Hernández. Five other inmates were wounded.

Camberos told local press that in the aftermath, authorities confiscated four guns that they believe were introduced to the facility during prison visits earlier that day, including one that was still in an inmate’s possession.

He added that the prison had been searched for weapons over the weekend and no guns were found.

Members of the Mexican National Guard stand atop a vehicle as they keep watch outside the Cieneguillas state prison after sixteen inmates were killed and five were wounded in a brawl. (Reuters)

No guards or police were wounded in the violence. An investigation has now been launched into how the weapons got inside the prison, Sky News adds.

Mexico has a long history of deadly prison clashes. In October, six inmates were killed in a prison in Morelos state.

In September, Nuevo Leon state closed the infamous Topo Chico prison, the site of many murders over the years. In February 2016, 49 prisoners died there during rioting when two factions of the Zetas cartel clashed.