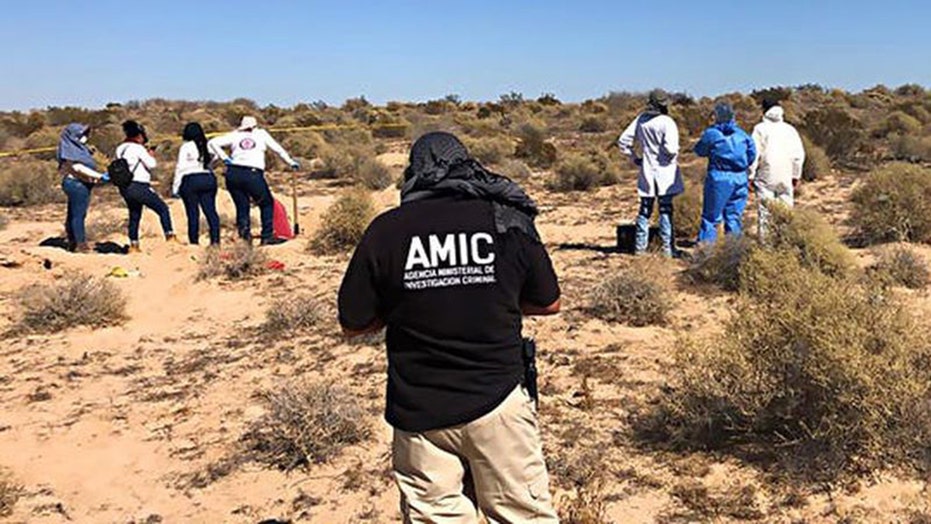 Ten more bodies were discovered buried in a mass grave near the Mexican resort town of Puerto Peñasco, south of the Arizona border, bringing the total number of remains to at least 58, officials said Saturday.

The clandestine burial site was first uncovered last month by a group of mothers, known as the Madres Buscadoras de Sonora – or Searching Mothers of Sonora – who search the country for missing loved ones. The group is made up of relatives of missing people.

The group initially found 42 bodies and skeletons near the beach resort town just a three-hour drive from Phoenix, where it is commonly known as Rocky Point. Last weekend, they said six more were discovered, but the arrival of armed men had forced them to cut their search short.

The Sonora Attorney General’s Office said the 10 new sets of human remains were excavated from five graves and appeared to be full bodies, the Arizona Republic reported.

The group of mothers first uncovered the mass grave last month. The initially found 42 bodies, but the count has continued to increase in the ensuing weeks. (Sonora Attorney General's Office)

State officials said that autopsies have been performed on 18 of the recovered bodies so far, the outlet reported. One body has been identified and returned to their family, although they have not been publicly named, the state said.

While the attorney general’s office has previously said it was too early to speculate on why the bodies were buried, others believe the site was related to drug cartel violence prevalent in Mexico’s Sonora state.

"Maybe I'm being silly, but those killings were probably the result of drugs," Phoenix resident Tracy Sallen told The Associated Press.

Some Mexican officials have suggested the burial site was filled largely with the victims of a raging gun battle that occurred six years ago when government forces tried to capture a reputed top lieutenant of the Sinaloa drug cartel, then run by Joaquin "El Chapo" Guzman, staying at a beachfront villa.

Family members who believe a relative may be among the dead were asked to file a complaint and complete a DNA test at the Sonora state Attorney General’s Departments of Expert Services, the Republic reported.