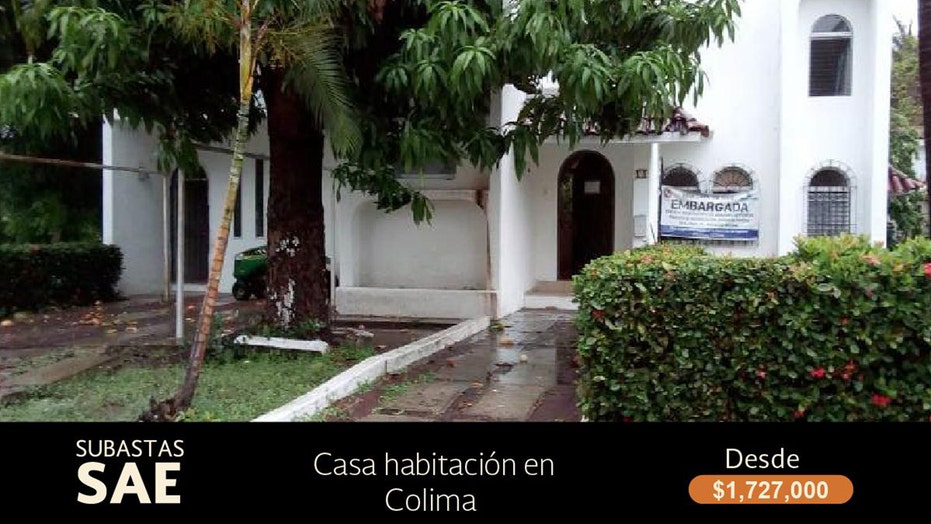 It's a buyer's market in Mexico for some high-end properties that come with a grisly past.

The Mexican government on Sunday began auctioning off dozens of properties seized from drug traffickers and other criminals that included houses with swimming pools and escape tunnels and gang safe houses.

The auction was the first time Mexico's Administration and Seizure of Assets Service conducted an on-site property auction, which included 27 lots, according to El Universal.

Mexican President Andres Manuel López Obrador has promised that the proceeds from the auction of properties and land, which had been seized by previous governments, would go to aid marginalized communities in areas affected by drug gang violence, according to Reuters.

A woman bids during an auction of seized properties from drug traffickers and others, in Mexico City, Mexico June 23, 2019. (REUTERS/Carlos Jasso)

“[Buyers] will know that in addition to acquiring a good, they will also be doing good, that is, they will be helping those who need support because of the situation of poverty and marginalization they suffer,” he said Friday.

A man bids during an auction of seized properties from drug traffickers and others, in Mexico City, Mexico June 23, 2019. (REUTERS/Carlos Jasso)

Among the properties auctioned on Sunday included a ranch surrounded by acres of land and a luxury apartment where an unidentified cartel leader was killed and disposed of by his brothers.

But of the 27 available properties, only six actually sold on Sunday. Mexican media reported that the action also only raised $2.9 million of the $8.7 million that was projected.

One of those included a home in Mexico City that was previously owned by the Beltran Leyva cartel that went for $729,000, El Universal reported.

POMPEO DEFENDS DEAL WITH MEXICO AMID CRITICISM, CALLS IT 'DIPLOMACY AT ITS FINEST'

An auction assistant gestures during an auction of seized properties from drug traffickers and others, in Mexico City, Mexico June 23, 2019 (REUTERS/Carlos Jasso)

The auctioning of the properties comes a month after a similar event where around $1.5 million was raised from selling the homes and luxury cars of criminals, including Porsches and a Lamborghini.

Authorities said many more auctions would take place over the coming months to help out poor areas across the country.

López Obrador, who was elected last year, has also promised to sell his presidential plane and other government-owned vehicles to fund efforts to tackle violence and corruption.