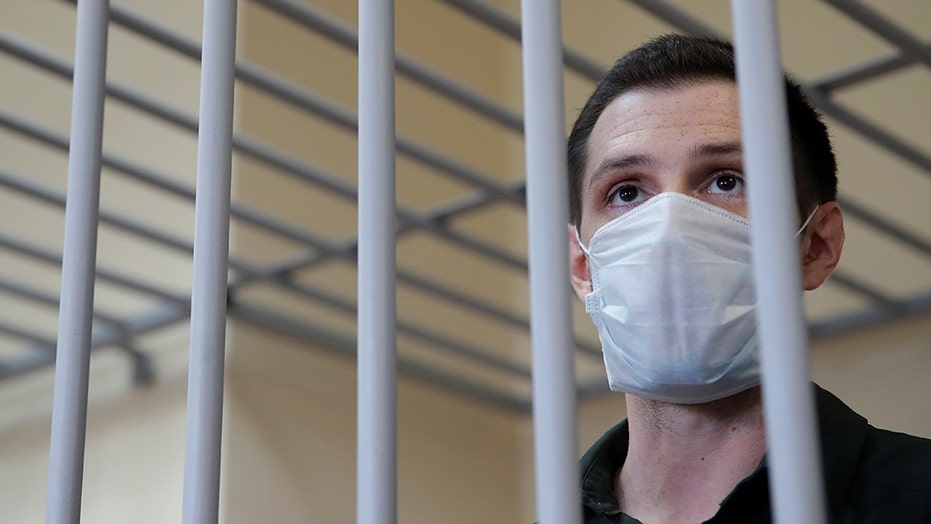 A 29-year-old American man who formerly served in the U.S. Marines was sentenced Thursday to nine years in a Russian prison over a drunken incident last summer he claims he cannot remember.

Trevor Reed, a student at the University of North Texas, was spending time in Moscow to learn Russian and visit his Russian girlfriend, when he went to a party with heavy drinking.

He was detained by officers Aug. 15 after leaving the party. Reed is accused of grabbing one officer as he was driving, causing the car to swerve dangerously, and elbowing the other – all of which the American claims he can’t remember because he was intoxicated. He was detained for nearly a year awaiting his trial.

“This conviction, and a sentence of nine years, for an alleged crime that so obviously did not occur, is ridiculous,” said John Sullivan, the U.S. ambassador to Moscow. “This was theater of the absurd.”

Reed pleaded not guilty in court after hearing what he described as flimsy evidence against him. Prosecutors also failed to provide video evidence that could possibly exonerate him, Reuters reported.

Former U.S. Marine Trevor Reed, who was detained in 2019 and accused of assaulting police officers, stands inside a defendants' cage during a court hearing in Moscow, Russia July 30. (Reuters/Maxim Shemetov)

"I think it would be unethical and immoral to plead guilty to a crime I didn't commit," Reed said during closing arguments on Wednesday. "If I am going to be given a prison sentence, I'd rather stay in prison than walk free tomorrow a liar and a coward."

Nevertheless, the court handed down a guilty verdict and a nine-year sentence – close the maximum of 10 years in prison allotted for an assault charge in the country.

"This is completely a political case," Reed told reporters after the verdict was announced, according to the BBC. "I will be asking my government for political support."

His girlfriend, Alina Tsybulnik, said that a colleague was driving them both home from the party last August when Reed became sick. The driver stopped the car and called police when Reed stopped responding, thinking he might need medical attention. Tsybulnik claims Reed was asleep in the back seat of the police car – that’s why officers didn’t handcuff him – and that, as she followed in a car behind them, the police car never swerved on its way to the station, NBC News reported.

Some speculate Reed’s sentence was handed down in order to secure him as a bargaining chip in a prisoner swap between Moscow and Washington.

In June, another U.S. citizen Paul Whelan – who also formerly served in the Marines – was convicted of espionage in Russia and sentenced to 16 years in a maximum-security prison. And an American businessman, Michael Calvey, is being held on house arrest in Russia for fraud charges against an associate of Russian President Vladimir Putin. Calvey has denied any wrongdoing.

The attorney representing Whelan has said he believes Moscow wants to trade his client for Russian arms dealer Viktor Bout, who is serving time in a U.S. prison, according to Reuters.