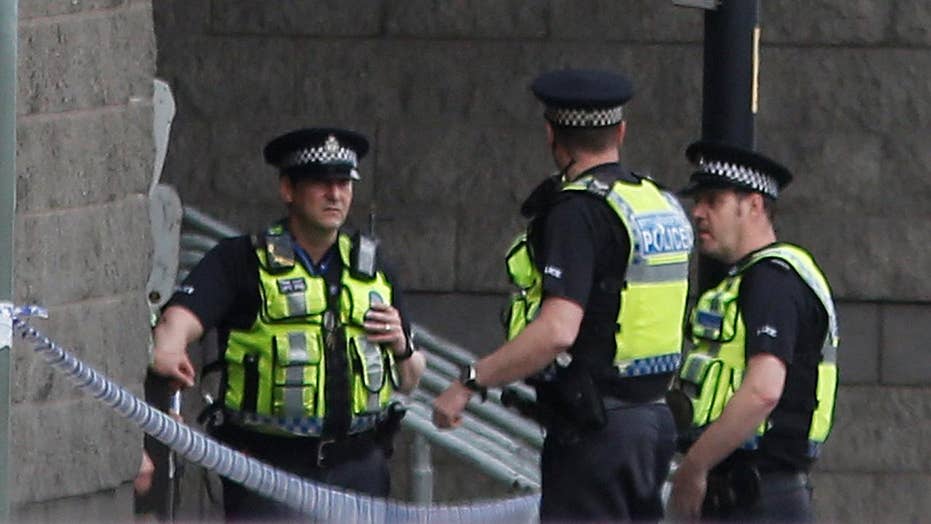 A bomb-making workshop was uncovered at the Manchester bombing suspect's home -- stockpiled with enough materials to make multiple explosives, a report said.

Authorities believe Salman Abedi, who blew himself up at the Manchester Arena on Monday, had additional help because of the complexity of the bomb that was used, according to ABC News. They have said the bomb-maker still could be at large.

MANCHESTER BOMBER FOOLED PARENTS ABOUT HIS TRIP OUT OF LIBYA, REPORT FINDS

Authorities are slowly uncovering more details of Abedi and the days before the attack was carried out. On Wednesday, Greater Manchester police announced they were investigating a "network" of suspects working along Abedi. So far, eight men have been arrested in connection with the explosion that killed 22 people and injured 119 others.

Those arrested include Abedi's two brothers, Hashim and Ismail, as well as his father, Ramadan Abedi. A woman was arrested late Wednesday, but was released without charge.

Photos from the crime scene illustrated a bomb that was carefully constructed to create as much of an impact as possible. Shrapnel was packed inside to cut through metal doors and brick walls, according to The New York Times, which first released the photos.

The report, however, has angered British officials, including Prime Minister Theresa May, who have threatened to cut off information to the U.S. if the apparent leaks continue to occur. President Donald Trump has criticized the leaks, calling it "deeply troubling" and demanding the Justice Department to launch an investigation.

The New York Times has since defended its publication of the photos, saying the information and images were "neither graphic nor disrespectful of victims." They added that its coverage of the attack "has been both comprehensive and responsible."

The mayor of Greater Manchester said Thursday that intelligence sharing related to Manchester probe has been suspended, a source told Fox News.

"These leaks have been going on for a long time and my Administration will get to the bottom of this. The leaks of sensitive information pose a grave threat to our national security," Trump said in a statement on Thursday.

A British official told Fox News that May plans to raise the issue to Trump during their meeting at the NATO summit. The official added that they were pleased that the president was taking the matter seriously and that U.S. is Britain's "closest and most trusted partner."