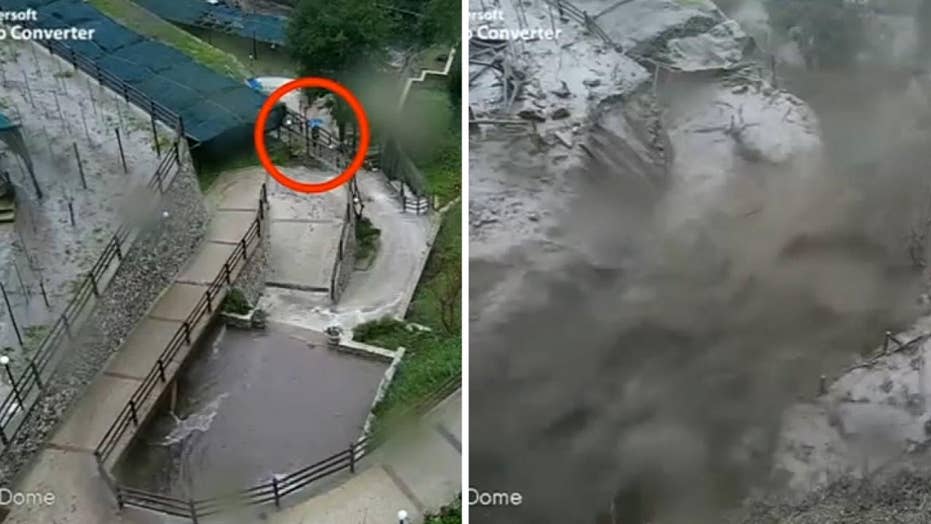 Raw video: Surveillance camera shows an individual standing at a spot that was seconds later covered with debris from a landslide. Authorities say the person survived the scary incident in Cetara, Italy.

This person happened to step out of the worst possible spot at the best possible time.

An individual in Italy had a near-miss last month when a landslide came barreling down on the vantage point there were standing at seconds before.

Authorities in the Campania region of Italy on Tuesday posted CCTV video to Facebook of the incident, which took place on Dec. 21 in Cetara, Italy,

In the video, a person circled in red can be seen standing in a spot with an umbrella as rain is falling.

A person can be seen standing right before a landslide strikes in Cetara, Italy on Dec. 21, 2019. (Civil Protection of Campania)

About 15 seconds after the person walked away, the spot they were standing in gets completely covered by mud and rocks as a landslide rushes into the area.

The civil protection of the Campania region said the individual managed to survive the incident, and that it was an important reminder during bad weather to "pay attention" to alerts issued by authorities.

California mudslides: What makes them so destructive?

This animated video explains how mudslides can be so destructive after the recent spate of deadly wildfires.

The near-tragedy in Cetara, located along Italy's famed Amalfi Coast, happened as multiple landslides were reported in the region amid heavy rains, closing several roads, ANSA reported at the time.

In the nearby town of Vietri sul Mare, the mayor ordered school buildings to be used to accommodate those who were impacted by the landslide.

After another landside in Cetara, also on Dec. 21, several hundred guests were trapped at a wedding reception taking place at a hotel, according to ANSA.