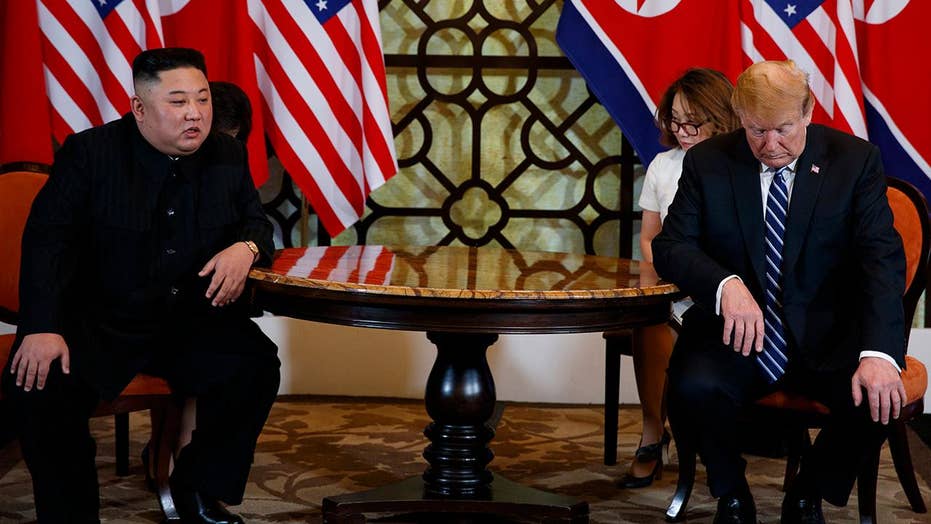 Trump-Kim summit ends early over disagreement on US sanctions

North Korean leader Kim Jong Un is willing to sit down again with President Trump for denuclearization talks in the near future despite the two leaders not reaching a deal this week during their highly anticipated Hanoi summit, North Korean state media reported Friday.

The summit ended abruptly Thursday after Trump refused to agree to Kim's demands that U.N.-imposed sanctions on North Korea be lifted in exchange for partial denuclearization -- an outcome that would have been short of a U.S. goal of full denuclearization.

According to Bloomberg, Trump believed it was best to call off the Hanoi talks rather than agree to a deal that wouldn't work for the U.S.

The report said Kim was appreciative that Trump had made "active efforts towards results" and that he regarded the summit talks as "productive," Reuters reported.

Efforts were taken on both sides, Kim reportedly said, to ease tension and bring about peace in the region. Though not yielding any concrete results, the second summit was an important state in reversing decades of hostility and bringing the two nations' relationship to the next level, Kim reportedly said.

President Trump, meanwhile, told reporters Thursday that it was unclear if he would meet again with Kim in the near future.

“Speed is not important,” Trump said at a Hanoi news conference. "What’s important is that we do the right deal.”