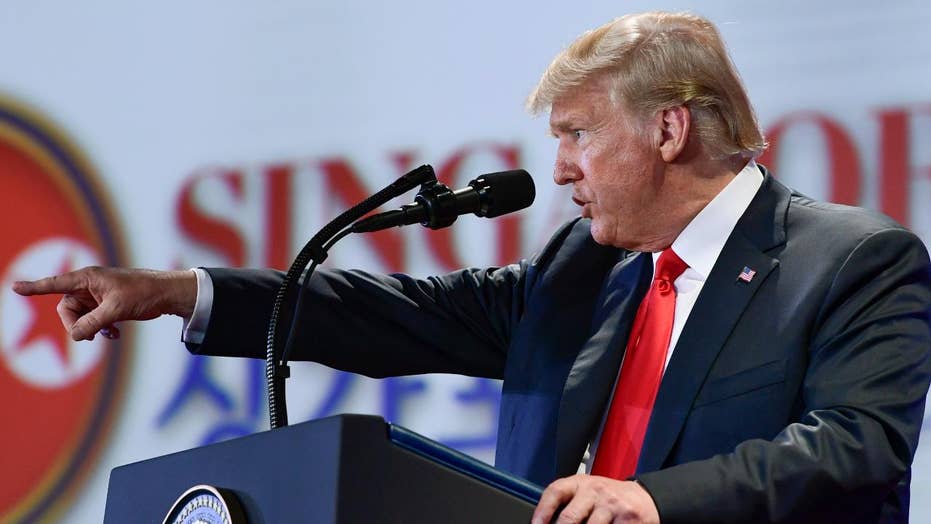 President Trump and North Korean leader Kim Jong Un met in Singapore in June for a historic summit and signed an agreement committing to the “building of a lasting and robust peace regime” on the Korean peninsula.

“Peace is always worth the effort,” he said. “Anyone can make war, but only the most courageous can make peace.”

As the leaders meet for a second time in Vietnam this week, take a look back at five agreements Trump and Kim made during their first trip. 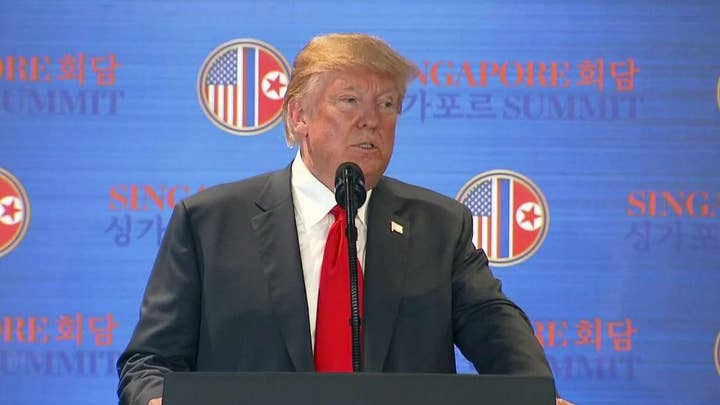 Trump and Kim signed a document promising to work for “complete denuclearization of the Korean peninsula.”

“I just think that we are now going to start the process of denuclearization of North Korea, and I believe that he’s going back and will start it virtually immediately,” Trump said. “And he’s already indicated that and you look at what he’s done.”

At a news conference, the president said he understood it would take “a long time to pull off complete denuclearization,” but he promised to push North Korea to remove its weapons quickly as it “mechanically and physically” can be done.

Trump also said Kim will be destroying a “major” missile testing site “very soon,” an agreement they came to after signing the document.

The summit came nearly a year after Otto Warmbier, a 22-year-old college student, died after being brought back to the U.S. The University of Virginia student had been arrested in January 2016 for allegedly stealing a propaganda poster and sentenced to 15 months in prison. While incarcerated, he fell into a coma.

“Otto did not die in vain,” Trump said in Singapore.

Trump told reporters after the meeting that he did discuss human rights with Kim, albeit briefly. Prior to the summit, it was reported that the U.S. delegation, including the president, would steer clear of the Hermit Kingdom’s lengthy list of human rights violations.

Prior to the summit, Vice President Mike Pence said he had spoken to Warmbier’s father and promised him his son “will not have died in vain.”

President Trump and North Korean leader Kim Jong Un signed an agreement for the recovery of the remains of American soldiers as well as the immediate repatriation of those who have already been identified. (AP Photo/Evan Vucci)

Both Kim and Trump signed an agreement for the recovery of the remains of American soldiers as well as the immediate repatriation of those who have already been identified.

MEET THE KEY PLAYERS OF THE US, NORTH KOREA SUMMIT

This effort will be the continuation of past missions that abruptly ended more than a decade ago amid North Korea’s increasingly hostile development of nuclear weapons. The missions ended as the safety of American recovery teams couldn’t be guaranteed.

Trump said the end of the Korean War, which formally has not ended, “could happen” soon.

“We would be delighted if we could get more remains turned over to us. But there's been no discussion ..."

In August, North Korea returned 55 boxes that supposedly contained the remains of U.S. service members, though officials said it would take months, if not years, to identify the individual identities.

"These 55 can set the stage for more to come," Richard Downes, whose father, Air Force Lt. Hal Downes, is among the Korean War missing, said.

But officials say there's been no more progress since then.

“We would be delighted if we could get more remains turned over to us. But there's been no discussion ... since we received the 55 boxes,” Dr. John Byrd, the chief scientist tasked with identifying the remains, said in an interview with Fox News.

Trump promised to stop the annual U.S.-South Korean military drills and said he planned to remove the 28,500 American troops stationed in the South as a deterrent against a North Korean attack.

“I want to bring our soldiers back home,” Trump said, though he added it’s “not part of the equation right now.”

Annual military drills between Washington and Seoul have been a major source of contention between the Koreas for years. U.S. forces in South Korea said it has “received no updated guidance on the execution or cessation of training exercises” and will continue to coordinate with South Korean partners and maintain the current posture until it receives updated guidance from the Department of Defense or the Indo-Pacific Command.

Trump said sanctions on North Korea would remain in place. They will be removed when the U.S. can be assured that nuclear weapons “are no longer a factor," he said.

He also said the U.S. had planned to place some 300 additional sanctions on North Korea before the first summit, but he decided to hold off as it would have been “disrespectful."