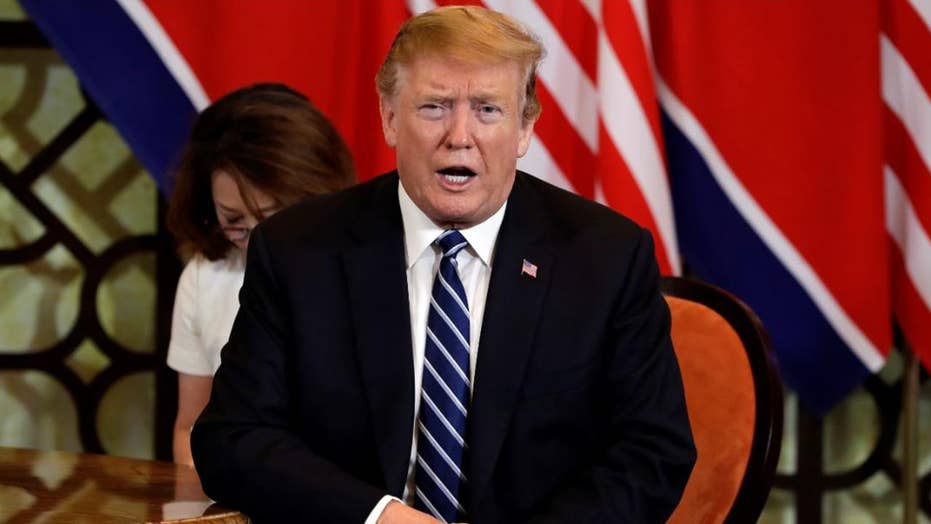 President Trump walks away from negotiations with North Korea

President Trump walks away from negotiations with North Korea, and underscores goal of meaningful commitment to denuclearization.

The Hanoi Summit was the latest gambit in President Trump’s unprecedented diplomatic effort to negotiate away North Korea’s nuclear weapons. It concluded without a signing ceremony. That’s neither a loss nor a win for the president.

There were four possible outcomes for the huddle in Hanoi.

First, the incredibly remote “grand slam” possibility: an inked deal in which North Korean dictator Kim Jong Un made a real commitment to denuclearize, with verification.

Second, the “substantial progress” possibility. This would entail North Korea to put something new on the table -- like a list accounting for all their nuclear assets.

Third, the “nothing-burger” possibility, in which the two leaders just agree to keep talking.

Fourth, the “backtracking” possibility, with the U.S. agreeing to ease sanctions or make other concessions solely to keep Kim at the negotiating table.

Of these options, only number four was bad. The ongoing pressure campaign is what actually protects us and our allies from the threat of North Korea’s nuclear weapons. To relax the pressure before Kim gives up his nukes would put Americans at risk. 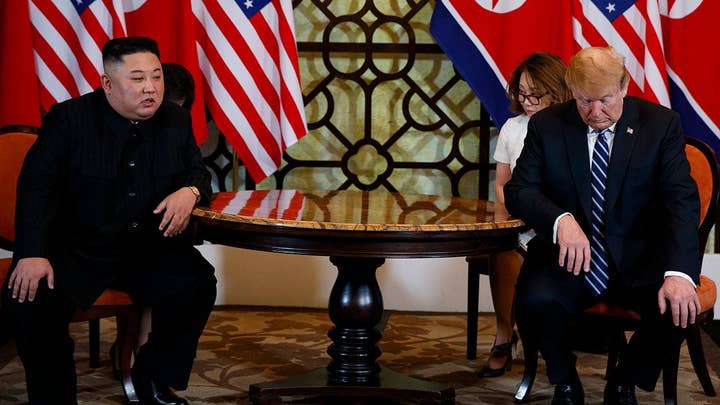 Thankfully, the president stuck to his negotiating objectives, holding out for substantive progress on denuclearization before giving up anything.

Kim came to Hanoi with the same old demands in hand. He continues to insist his regime get substantive sanctions relief before taking any substantive steps toward denuclearization.

This came as no surprise. North Korean negotiators believed they could get something from Trump if they could just get him to the table. They didn’t believe U.S. negotiators who told them the president wouldn’t compromise on the pressure campaign. Kim came to Hanoi to test that proposition.

The U.S. walks away with some respect for Kim’s resolve. Trump likes a serious negotiation. Trump’s team also gets two-fer. They looked tough, and they get to keep the negotiating track open.

The question now is: What happens next? 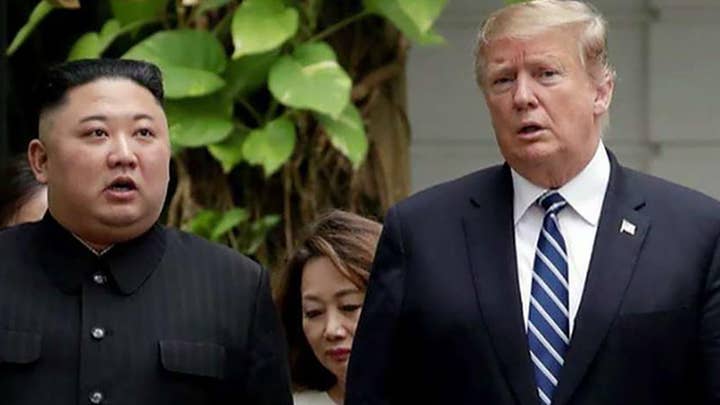 Both sides will go home, assess what happened, and decide where to go from here. Since both nations have invested substantially in the negotiating process, it would make no sense for North Korea to throw that away and go back to issuing fruitless threats.

Nor would it be wise for North Korea to resume taking provocative acts. Not only would that undermine the goodwill Kim has built-up, it would actually make the U.S. look wise for not trusting Kim’s professions of good intentions and improved behavior.

Rather, Kim now knows he has a serious negotiating partner. He will have to consider how to negotiate seriously in the future.

The Taliban and the Iranians can also take away lessons from this episode. Trump is not the rube his critics suggest. Trump is not Obama. He won’t cut a deal just so he can say he cut a deal. In sending Kim a message, he sent them a message as well.

So Hanoi was a nothing-burger. No carbs, no calories. But it did send a message. And that’s something for the ol’ “axis of evil” to chew on.