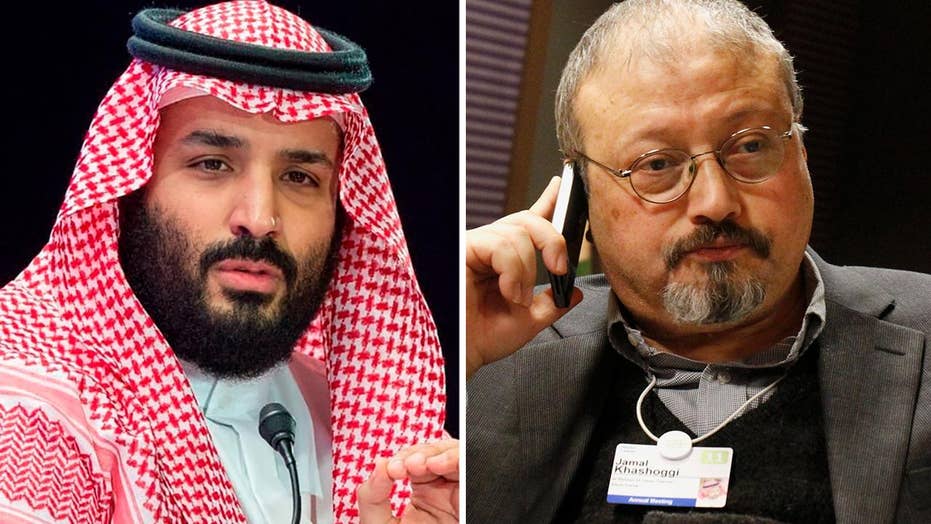 Benjamin Hall reports on the shift in narrative on the death of the U.S.-based columnist.

Saudi Attorney General Saud al-Mojeb announced Thursday that investigators reached that conclusion after Turkish officials presented evidence to them, according to a statement put out by the state-run Saudi Press Agency.

"The Public Prosecution received information from the Turkish side through the Joint Working Team between the Kingdom of Saudi Arabia and the Republic of Turkey indicates that the suspects in the incident had committed their act with a premeditated intention," the statement read.

However, it did not elaborate on what the evidence was.

Al-Mojeb's remarks came as Crown Prince Mohamed bin Salman – who is accused of having a role in the killing – reportedly attended the first meeting of a committee aiming to restructure the kingdom's intelligence services.

Khashoggi was last seen on Oct. 2 walking into the Saudi consulate in Istanbul. Saudi Arabia had insisted for weeks that Khashoggi had walked out of the building, before changing their account to say he died in a brawl.

A member of bin Salman's entourage on foreign trips was reported to have been seen at the consulate before the Washington Post columnist's death.

The crown prince, striking a defiant tone Wednesday, said "justice will be served in the end" during his first public remarks about the investigation into Khashoggi’s death.

Saudi Arabia announced over the weekend that 18 Saudis had been arrested following the killing, while four senior intelligence officials and an adviser to the crown prince had been fired.