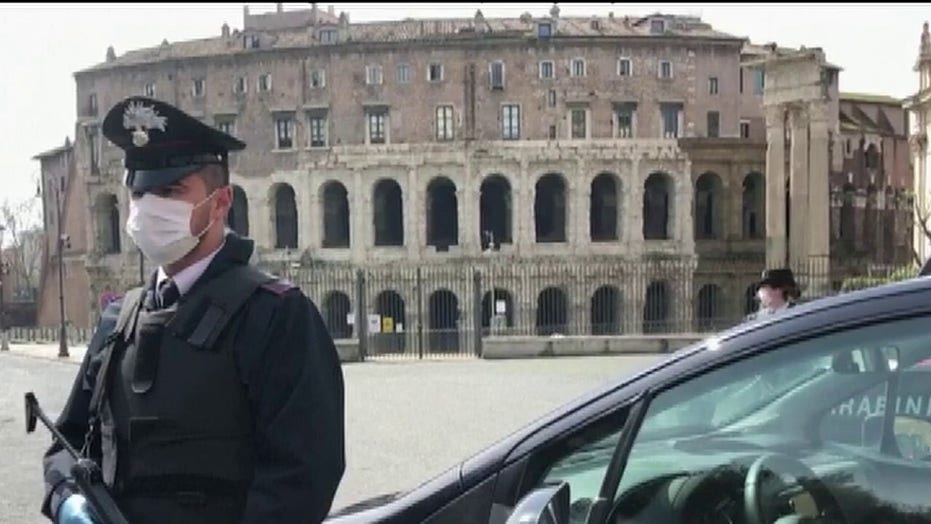 A 33-year-old Italian man is opening up on how he tested positive for the coronavirus despite being in top physical shape and maintaining a strict workout routine.

Andrea Napoli, a lawyer in Rome, said he had no history of respiratory disease. Despite regularly working out – including water-polo training – Napoli developed a cough and fever less than a week after Italy's premier locked down the entire nation.

Until that day, Napoli said he was following his routine of work, jogging, and swimming. Three days later, he tested positive for COVID-19.

Andrea Napoli taking a selfie in a hotel being used for patients recovering from the coronavirus, in Rome. (Andrea Napoli via AP)

Initially, Napoli said he was told quarantine at home with the warning that his condition could deteriorate suddenly, and it did. By the next day, he was hospitalized in intensive care, with X-rays confirming he had developed pneumonia.

"Unfortunately, you have to live these things to really understand them totally," Napoli told The Associated Press. "I am 33 years old, in great health, and I found myself suddenly, in less than a day and a half, in intensive care."

For most patients, the new coronavirus has caused mild symptoms, such as fever and cough that cleared up in a few weeks. But for others, especially older adults and people with existing health problems, it could cause more severe illness, including pneumonia and death.

Napoli spent the next nine days breathing with an oxygen mask. During two days in intensive care, three patients in his ward died. He recalled that doctors were out of breath from pushing equipment around, dressed in protective masks, suits, and gloves, and exhausted from the long hours and strain.

After another week on a COVID-19 ward, officials moved him Friday to a hotel being used for patients recovering from the virus, where a doctor has checked in on him twice a day He said he still can't breathe properly and oxygen levels in his blood haven't yet returned to normal.

"I get tired very easily," he said. "If I simply go from the toilet to the bed, I get out of breath. My muscles hurt because I was actually in bed for nine days, without the possibility of moving. So, it wasn't very simple."

Napoli's first concern when the virus struck Italy was for his parents, in their mid-60s. With two weeks of quarantine still ahead, he's looking forward to the day he can go out for a simple walk with them — something that Italy's strict containment measures still haven't allowed.

Officials there on Sunday expressed cautious optimism that the measures were having an impact two weeks on. The number of positive cases in the previous 24 hours increased by just 5.4 percent, to a total of 97,689. Significantly, the number of patients in intensive care nationwide rose by just 50, less than half of recent days, to 3,906, and the number of new deaths trended downward by about 10 percent a day since Friday, to 756 reported Sunday. Italy still has seen the most deaths of any country, now at an estimated 10,779.

"These are big changes that reflect the fact the health system is responding and of the impact of the measures that have been put in place," Dr. Luca Richeldi, a lung specialist, told the daily civil protection agency briefing. "We are saving lives by staying at home, by maintaining social distance, by traveling less and by closing schools."