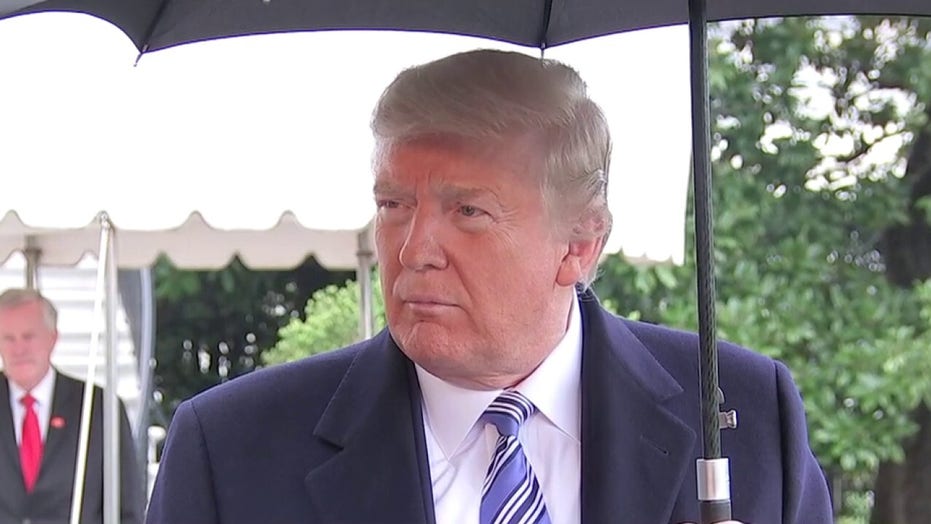 Trump: We’d like to see New York quarantined because it’s a ‘hot spot’

President Trump says he is considering imposing an enforceable quarantine on New York, parts of New Jersey and parts of Connecticut as part of the efforts to curb the spread of the coronavirus.

President Trump on Saturday night said the administration would not be issuing a quarantine on New York, parts of New Jersey and some of Connecticut as part of the efforts to curb the spread of the coronavirus.

"A quarantine will not be necessary," he tweeted, noting that the Centers for Disease Control and Prevention (CDC) would issue a "travel advisory" later in the evening.

The CDC shortly after issued a Domestic Travel Advisory urging against "non-essential domestic travel" in the tri-state area for 14 days.

"Due to extensive community transmission of COVID -19 in the area, CDC urges residents of New York, New Jersey, and Connecticut to refrain from non-essential domestic travel for 14 days effective immediately," it said, noting that the advisory doesn't apply to  "employees of critical infrastructure industries, including but not limited to trucking, public health professionals, financial services, and food supply."

Such employees "have a special responsibility to maintain normal work schedules," the CDC said, adding: "The Governors of New York, New Jersey, and Connecticut will have full discretion to implement this Domestic Travel Advisory."

"On the recommendation of the White House CoronaVirus Task Force, and upon consultation with the Governor’s of New York, New Jersey and Connecticut, I have asked the @CDCgov to issue a strong Travel Advisory, to be administered by the Governors, in consultation with the Federal Government. A quarantine will not be necessary. Full details will be released by CDC tonight. Thank you!" Trump wrote.

Trump had said earlier Saturday that he was considering imposing an "enforceable quarantine."

“Some people would like to see New York quarantined because it’s a hotspot -- New York, New Jersey, maybe one or two other places, certain parts of Connecticut quarantined,” he said outside the White House.

“I’m thinking about that right now. We might not have to do it but there’s a possibility that sometime today we’ll do a quarantine -- short term, two weeks for New York, probably New Jersey and certain parts of Connecticut.”

He said that if such a move happened, it would be primarily a restriction on residents of those states traveling to other parts of the country. He later said that, if enacted, it would not affect truckers or trade.

He said that he had spoken to New York Gov. Andrew Cuomo and Florida Gov. Ron DeSantis, and said there was a problem with people from New York traveling down to Florida: "We don't want that."

"This will be an enforceable quarantine, but hopefully we won’t need it," he said.

The move would be a dramatic escalation of the efforts to stop the spread of the coronavirus, and comes on the back of those states essentially shuttering daily life -- closing schools, businesses, leisure activities and urging residents to stay at home.

Cuomo, who was holding a press conference at the same time as when Trump made his remarks to the press, expressed confusion at Trump's proposal -- saying he had spoken to him about a hospital ship and opening up emergency medical sites, but not a statewide quarantine.

"I spoke to the president about the ship coming up and the four sites, I didn't speak to him about any quarantine," Cuomo said. "I haven't had those conversations, I don't even know what that means." 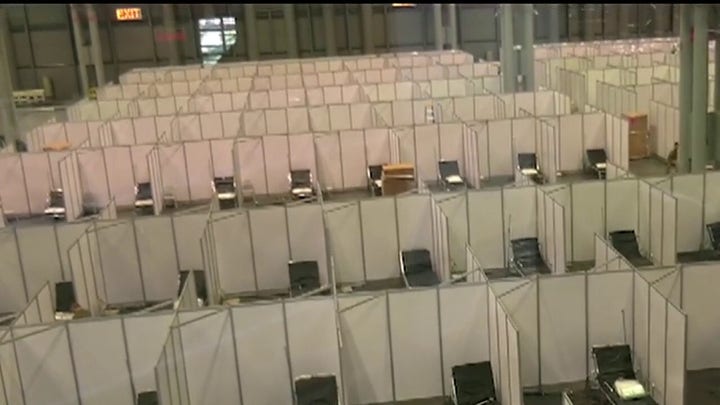 Trump told reporters that if he did go forward with the quarantine, it would be for a short time only, maybe as little as 14 days.

Trump has expressed the desire to re-open the country and get the U.S. back on a normal footing after weeks of measures to stop the virus, but has also noted that there are “hotspots” that have particularly large cases of the virus.

He has placed travel restrictions on other countries, including China, Iran and the European Union. The administration has also restricted non-essential travel at the land borders with Canada and Mexico, but this would be the first such travel restriction within the U.S.