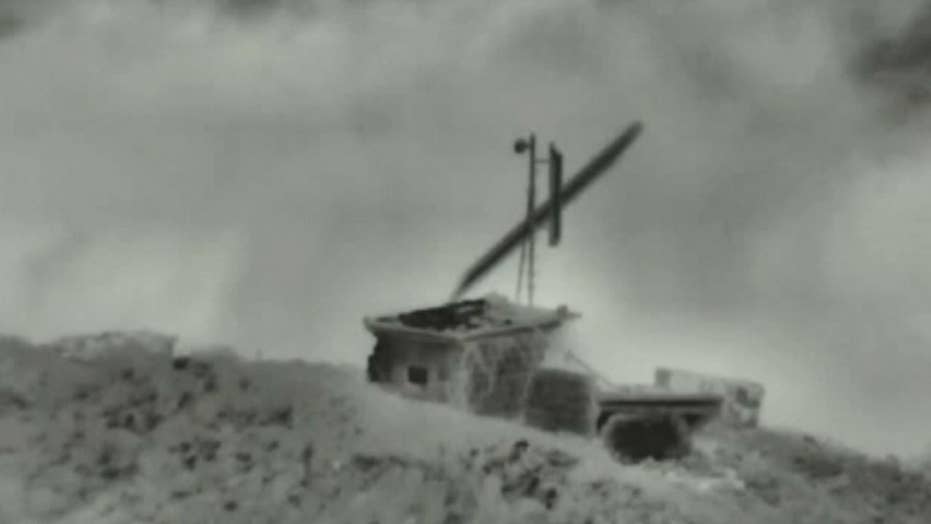 JERUSALEM – Israel fired a Patriot missile at an unmanned drone that entered its airspace from Syria on Wednesday, the military said, warning it would not tolerate such infiltrations, which have occurred several times over the past year.

Prime Minister Benjamin Netanyahu reiterated that warning during a visit to Moscow for talks with Vladimir Putin.

"A few hours ago, a Syrian aircraft infiltrated Israel's airspace," he said. "We intercepted it and we will continue to act decisively against any spillover and any infiltration of Israeli territory or airspace."

There were no reports of injuries or damage over the drone's incursion.

Israeli military spokesman Lt. Col. Jonathan Conricus said the drone was constantly monitored and that it traveled about 10 kilometers (6.2 miles) inside Israeli territory. He said defensive measures were taken.

"We scrambled four fighter jets that were on standby for similar missions as well as two attack helicopters," he said.

Conricus said that after the drone was destroyed by a single Patriot missile, its remains landed near the Sea of Galilee.

He added that military officials believe the drone was Syrian and that it could have been on an intelligence collecting mission, but it was not yet clear if it purposely entered Israel or strayed from its path. It had also flown over Jordan, he said.

The military issued a statement warning that it "will not allow any violation of Israeli airspace and will act against any attempt to hurt its civilians."

Last month, Israel fired a missile at a drone that approached its airspace near the Syrian frontier, and in February Israel shot down what it said was an Iranian drone that entered its airspace. It bombed Iranian targets in Syria in response to that incident.

In their Moscow meeting Netanyahu and Putin were to discuss Syria. Russia has been a key ally of Syrian President Bashar Assad in the Syrian civil war and its forces on the ground have managed to turn the tide in Assad's favor in recent years.

Israel has largely stayed out of the fighting in Syria but it has carried out dozens of airstrikes on alleged arms shipments bound for the militant group Hezbollah.

Israel has warned Iran, which is allied with the Syrian government, against building up a military presence on its doorstep.

Israel's Ambassador to the United Nations, Danny Danon, called on the U.N. Security Council to condemn Wednesday's drone incident as a "dangerous act that not only threatens Israel, but the stability of the entire region."

He said the incursion threatened "the safety and security of Israel's northern cities and towns" and added that Israel has "repeatedly warned the Security Council of the destabilizing activities taking place in Syria and the threats they pose to Israel and the Middle East."