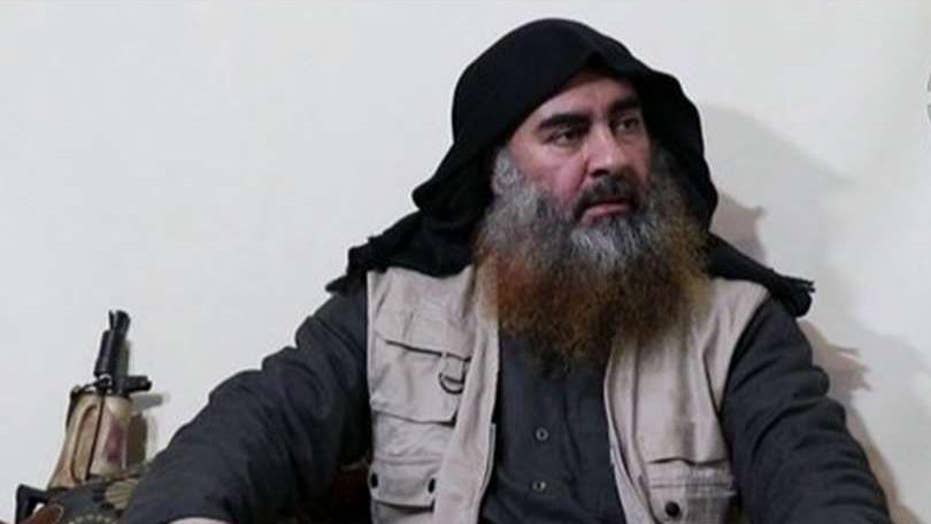 The caliphate may be gone in Iraq and Syria but ISIS is rebranding and finding new places to terrorize, this time in the Democratic Republic of the Congo.

ISIS claimed its first attack in the central African country on April 18 when “soldiers of the caliphate” attacked a military barracks along the border with Uganda in eastern Congo, killing eight people.

“What ISIS looks to accomplish through its claim of the attack in the DRC and Sri Lanka is generating the perception of a global insurgency,” Sim Tack, Global Analyst at Stratfor, told Fox News.

Along with a string of recent attacks, ISIS leader Abu Bakr al-Baghdadi resurfaced and appeared in his first video in five years on April 29, encouraging his supporters to carry out attacks and vowing to continue the crusade against the Caliphate’s invaders.

“Many scholars and pundits have commented on the significance of this, but ultimately if ISIS is promising state-building in the form of a caliphate, it has to project that it is doing that somewhere. And building off the scaffolding of local rebellions is a jumpstart to that promise,” Leanne Erdberg, Director of the Countering Violent Extremism Program at the United States Institute of Peace, told Fox News.

The possibility of a “Central Africa Province” in post-Caliphate ISIS operations is a worrying thought given the instability and weak state capacity of the Congolese government.

Congo was wracked by one of the deadliest civil wars in history from 1998-2003. The Second Congo War claimed the lives of more than 3 million people and displaced nearly 5 million. A weak peace agreement was reached in 2002, however, limited state reach, poor governance, and vast bureaucratic corruption have prevented Congo from fully recovering from decades of violence.

Similar to many of the regimes in the Middle East and North Africa, Congo suffers from a state that is unwilling or unable to stem the flow of violence across the country. Congo is also plagued by the resource curse, and the country’s untapped wealth provides the financial means for rebel groups to continue their cycle of violence by boosting recruitment. This combustible mix allows groups to flourish in ungoverned space in order to fuel their rebellion.

“A combination of several factors contributes to the DRC’s fertility for instability and insurgencies evidenced by its plethora of militants over the last few decades. First and foremost is its saturation of armed struggle – tribal, rebel and militia-based conflicts have defined the DRC’s security issues for decades,” Erdberg said.

“Combine that with poor governance, democratic deficits that have led to a lack of citizen trust of the state legitimacy deficit, injustices and human rights abuses by the state as well as an inability of the state to protect civilians from injustices perpetrated by nonstate actors, and several other indicators of fragility,” Erdberg added.

One of the hundreds of opportunistic rebels groups that operate in Congo is the Allied Democratic Forces, or A.D.F. This Ugandan backed rebel group, which looks to overthrow the Ugandan government and establish an Islamic state, has made efforts to align itself with Jihadist militant groups, including most recently ISIS, according to a report by New York University’s Congo Research Group.

The A.D.F. is a complex and highly secretive rebel group that espouses Jihadism, ethno-nationalism, and secessionism. The group is responsible for the massacre of hundreds of people, kidnappings, and was reportedly behind a December 2017 attack on the United Nations peacekeeping mission in Congo that killed 15.

The report indicates that the A.D.F. received money from a financier with ties to ISIS. Waleed Ahmed Zein, a Kenyan national, was arrested on charges of financing terrorism in July 2018. Kenyan authorities allege that Zein funneled money to a network linked to ISIS. This is the first known potential link between the A.D.F. and Jihadist terrorism.

Along with a string of recent attacks, ISIS leader Abu Bakr al-Baghdadi resurfaced and appeared in his first video in five years on April 29, encouraging his supporters to carry out attacks and vowing to continue the crusade against the Caliphate’s invaders. (Al-Furqan media via AP)

Although the A.D.F. has always had some element of radical Islam, defectors have pointed to the group’s flirtation with even more radical interpretations of Islam and the A.D.F. is encouraging extreme forms of violence against all civilians. The move is likely an attempt to reach a wider audience across the continent and attract recruits as it faces pressure from the state’s security forces.

Erdberg notes that although the ties between ISIS and the A.D.F and other rebel groups is not entirely clear, it still remains problematic.

“As ISIS is able to continue to claim rhetorical and tactical victories that its idea to replace existing political orders with a new extremist order is organic and authentic in locales all over the world. It could use this connection to attract new recruits, gain new notoriety, and continue to menace local populations for further brand consolidation,” Erdberg said.

As U.S. officials have warned, the threat from ISIS will remain even without its territorial foothold in Syria and Iraq. ISIS will look to project an image of activity as a means to maintain its relevance and global reach despite the loss of the Caliphate.

Congo’s poor governance performance and inability to provide basic social services to its citizens almost guarantees that violence and instability will continue to be a major problem for the country’s new president, Felix Tshisekedi. Because of these daunting domestic and security challenges, President Tshisekedi is lobbying the United States for military assistance to counter the growing threat from Jihadist terror in Congo.

“As we relayed to President Tshisekedi during his recent visit to the United States, we support his efforts to improve peace and security and to bring about a stable and prosperous DRC,” a State Department spokesperson told Fox News.