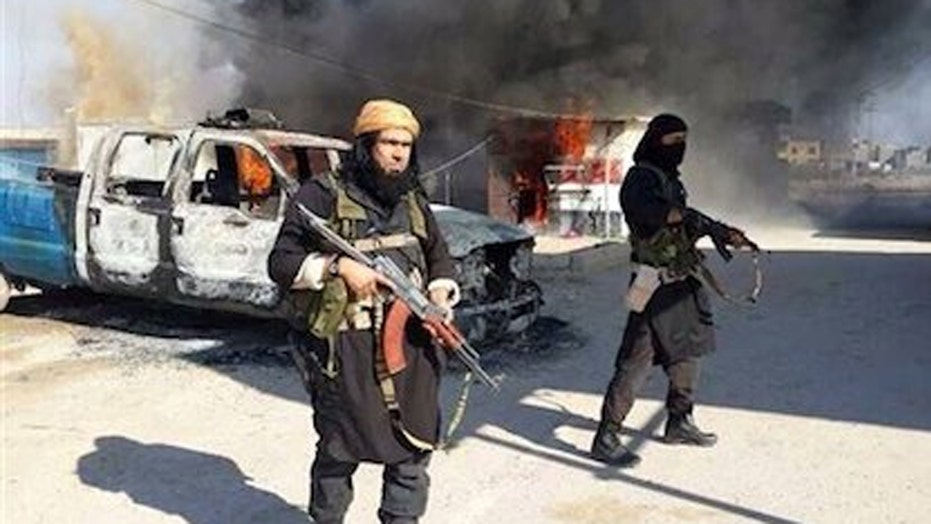 Is ISIS facing an internal crisis amid losing territory?

On 'America's Newsroom,' Gen. Jack Keane says the 'brand is being tarnished' but they are 'still resilient'

Disenchanted Islamic State (ISIS) members recruited from the West have increasingly been contacting their governments and asking for help in getting home, according to diplomats and a Syrian network that aids defectors.

Some have turned up at diplomatic missions in Turkey, and others have sent furtive messages to their governments seeking assistance in escaping from territory the extremist group controls in neighboring Syria, according to the diplomats, who represent six Western missions in Turkey.

The calls for help from Westerners come as ISIS loses ground and faces fresh assaults on its Raqqa stronghold and on Fallujah, Iraq, where it has ruled for more than two years.

Some Westerners seeking to escape from ISIS are fighters, and others are people who were enticed to move to the group’s so-called caliphate and declared their loyalty, and now find themselves in dire straits, the diplomats said.

“Their troops are now starting to leave. There are a lot of French people who are coming back,” France’s national intelligence coordinator, Didier le Bret, said at a recent security conference. “They’ve got a feeling it’s not going that well.” He said citizens of other European countries are also returning.

The Western diplomats said about 150 citizens from just their six countries have sought help to flee or did so on their own since the departures began to ramp up in the fall. The overall number of Westerners who joined ISIS in Syria and Iraq and then returned home isn’t known, but Western officials have said several hundred fighters have come back to Europe.

The requests to return pose challenges for Western countries. Calls for help can come in the form of hushed phone calls or scraps of paper smuggled out of Syria, the diplomats said. But people making the requests need to get themselves to Turkey, which can be a harrowing journey.

Once Westerners make it there, officials in Turkey and in their home countries then try to assess whether the defectors pose a threat—a risk driven home by deadly attacks in Paris and Brussels linked to ISIS.