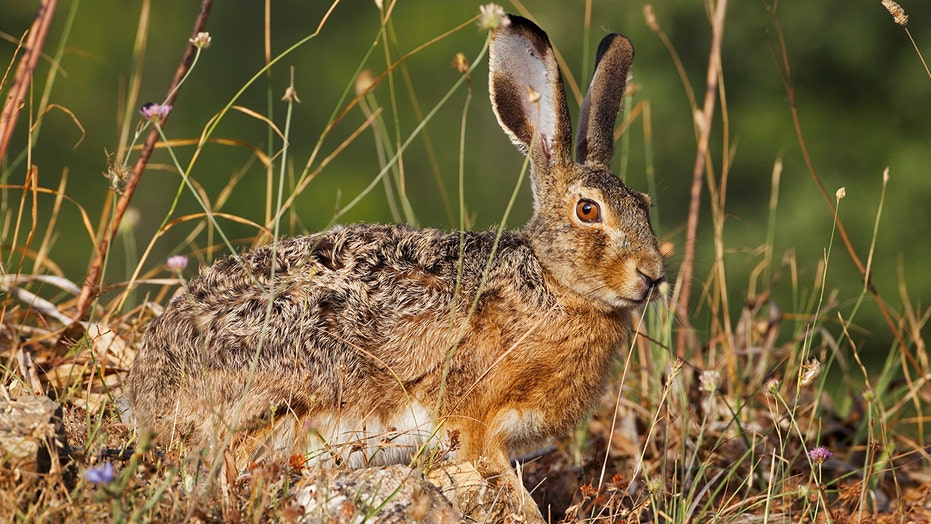 Hares straying too close to the runways at Dublin Airport in Ireland are being hit by taxiing planes, but they are not being "sucked into" plane engines as was widely - and erroneously - reported.

Although The Irish Post initially reported there have been 54 incidents of animals being “ingested” by plane engines since Jan. 1 of this year, the paper took that story down when it proved false. A spokesman for the Dublin Airport Authority (DAA) said some animals have been hit by taxiing planes and other vehicles, but none had been "ingested." Animals being hit near runways is not uncommon at major airports.

“Bird strikes” accounted for 43 of the cases, while 11 hares living in the grassy areas near the runways accounted for the rest, according to the DAA.

To prevent hares, like the one pictured above, from being sucked up into plane engines, Dublin Airport has taken proactive steps to manage wildlife living near its runways. (iStock, File)

Airport officials said they've taken measures to uphold high safety standards and prevent aviation risks. They've managed the nearby wildlife through a catch-and-release program and, when necessary, by shooting the animals, according to reports.

When a surge of strikes would occur in quick succession, the airport authority would carry out “controlled shoots” to reduce the animal population, Dublin Live reported. While 55 hares were culled in 2018, no shoots have taken place so far this year.

Since January, crews have relocated 44 hares to a safer area so far, under the supervision of a consultant approved by the National Parks and Wildlife Service, according to the Post.

The number of animal strikes so far this year has been cut almost in half from the 102 recorded in 2018, local media reported.

A well-known bird strike occurred in the U.S. in January 2009, when a plane leaving New York's LaGuardia Airport collided with a flock of geese that caused both its engines to stop. Unable to return to the airport, Capt. Chesley “Sully” Sullenberger landed the plane on the Hudson River in what has been dubbed the "Miracle on the Hudson."