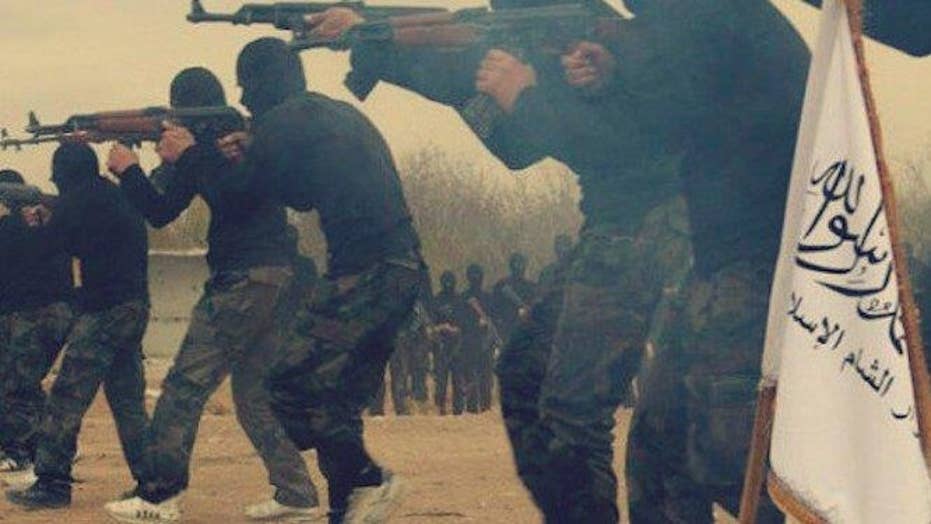 Exclusive: Inside the tunnels used by ISIS fighters in Mosul

Benjamin Hall reports from inside the tunnel network

KHAZER, Iraq – Iraqi and Kurdish forces have launched a new offensive on a town near Mosul as part of a massive operation aimed at retaking the country's second largest city from the Islamic State (ISIS) group.

The Kurdish forces, known as peshmerga, said they launched a dawn offensive Sunday on two fronts to the northeast of Mosul, near the town of Bashiqa.

Maj. Gen. Haider Fadhil, of Iraq's special forces, said they had also launched an assault on Bashiqa, surrounding it and seizing parts of the town. He said the Kurds had captured two villages near Bashiqa and a small Shiite shrine in the area.

Over the last week, Iraqi and Kurdish forces have been battling ISIS in a belt of mostly uninhabited towns and villages around Mosul, contending with roadside bombs, snipers and suicide truck bombs.

The Mosul offensive involves more than 25,000 Iraqi ground forces as well as U.S.-led coalition aircraft and advisers. It is expected to take weeks, if not months, to drive ISIS from Mosul, which is home to more than a million civilians.

Bashiqa is close to a military base of the same name where some 500 Turkish troops are training Sunni and Kurdish fighters for the Mosul offensive.

The presence of the Turkish troops has angered Iraq, which says it never gave them permission to enter the country and has called on them to withdraw. Turkey has refused the demand, insisting that it play a role in retaking Mosul from ISIS.

U.S. Defense Secretary Ash Carter has visited both countries in recent days, and arrived in the Kurdish regional capital Irbil on Sunday, where he was expected to discuss the issue with Kurdish leader Masoud Barzani.

After meeting with Turkey's leaders, Carter had announced an "agreement in principle" for Turkey to have a role in the operation.

But Iraqi Prime Minister Haider al-Abadi appeared to bat that idea down when he met with Carter on Saturday, insisting that Mosul was an "Iraqi battle."

"I know that the Turks want to participate, we tell them thank you, this is something the Iraqis will handle and the Iraqis will liberate Mosul and the rest of the territories," he said.

The forces taking part in the Mosul offensive include Iraqi troops, the peshmerga, Sunni tribal fighters and state-sanctioned Shiite militias. Many fear the operation could heighten tensions between Iraq's different communities, which are allied against ISIS but divided over a host of other issues, including the fate of territories near mostly Sunni Mosul that are claimed by the largely autonomous Kurdish region and the central government.