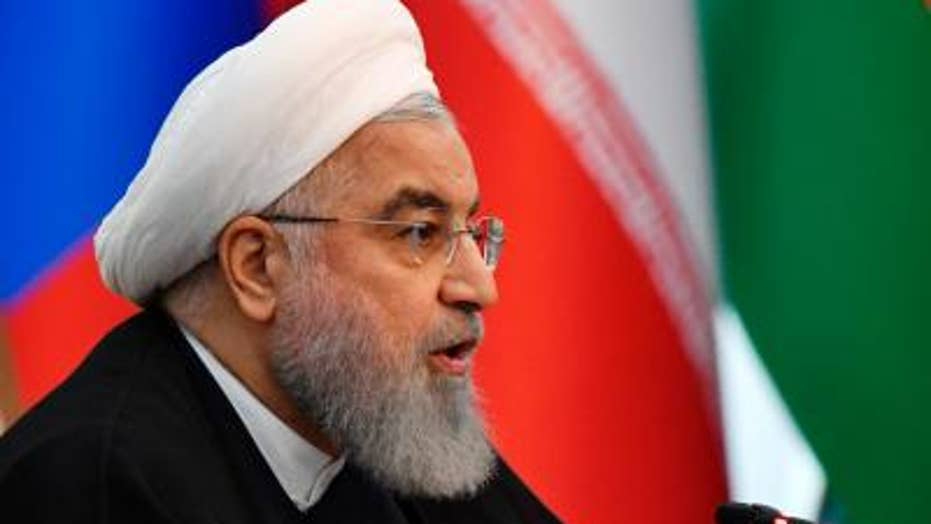 The pictures appear to show the skin of the U.S. Navy RQ-4A Global Hawk, which was shot down by a surface-to-air missile.

The downing of the drone came just days after the administration blamed Iran for attacks on two oil tankers in the Strait of Hormuz, adding to tensions in the region.

The United States made a last-minute decision to call off retaliatory strikes against Iran in response to the downing Thursday of a Navy drone that Washington said was over international airspace, a source told Fox News early Friday.

But few details about the aborted mission and the circumstances that led to the reversal were available.