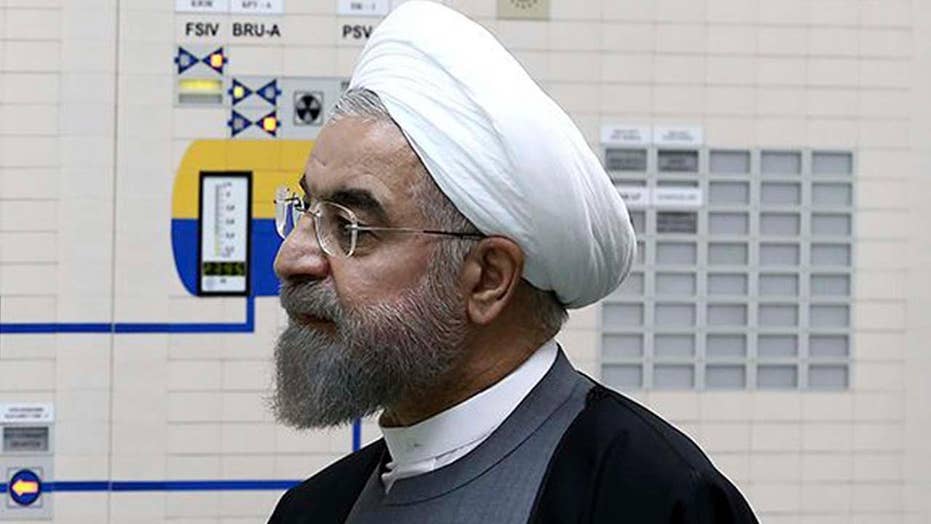 It will take patience and deft diplomacy by the Trump administration to resist Iranian and North Korean efforts to put pressure on the U.S., says Michael Singh, former senior director for Middle East affairs at the National Security Council.

Tensions escalated in the Middle East on Friday as Iran warned it could easily destroy a naval fleet sent by the United States in order to ward off a potential threat to American commercial interests.

"Their billion[-dollar] fleet can be destroyed with one missile," Ayatollah Tabatabai-Nejad said, according to Reuters.

"If they attempt any move, they will ... [face] dozens of missiles because at that time [government] officials won't be in charge to act cautiously, but instead things will be in the hands of our beloved leader," Ayatollah Ali Khamenei, he warned.

The heated rhetoric has capped a multiyear standoff over the rogue nation's nuclear program. President Trump's administration angered the regime when he withdrew from an Obama-era nuclear deal granting Iran sanctions relief in exchange for limited monitoring accommodations.

The regime relaxed constraints on its nuclear program in reaction to sanctions the administration applied in May as part of its plan to put a chokehold on the nation's crude oil exports. U.S. intelligence indicated that Iran considered military action and could close a waterway through which a hefty amount of the world's oil passes.

“Iran or its proxies could respond by targeting commercial vessels, including oil tankers, or U.S. military vessels in the Red Sea, Bab-el-Mandeb Strait, or the Persian Gulf,” the U.S. Maritime Administration (MARAD) said on Friday.

While the president has warned of a potential U.S. military response, he also urged Iranian leaders on Thursday to talk with him about their nuclear program. "What they should be doing is calling me up, sitting down; we can make a deal, a fair deal. ... We're not looking to hurt Iran," Trump reportedly told the press.

In a statement on Thursday, Secretary of State Mike Pompeo also pushed talks between leaders but warned that the U.S. was ready to take "swift and decisive" action.

"The regime in Tehran should understand that any attacks by them or their proxies of any identity against U.S. interests or citizens will be answered with a swift and decisive U.S. response," he said.

“No talks will be held with the Americans, and the Americans will not dare take military action against us," Yadollah Javani, the group's deputy head for political affairs, said.