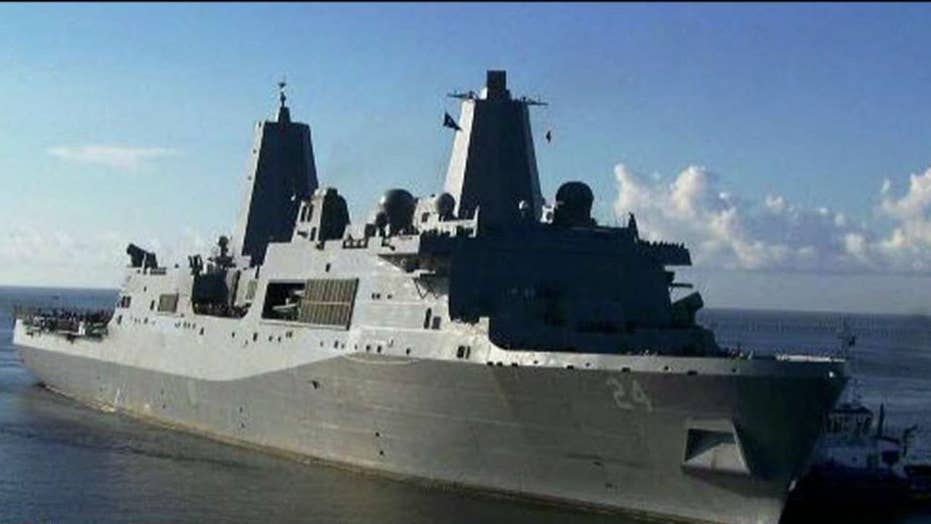 U.S. ramping up pressure on Iran; Jennifer Griffin has the details.

The Pentagon announced plans Friday to send a U.S. ship and a Patriot missile battery to the Middle East in an effort to deter actions from Iran.

Acting Defense Secretary Patrick M. Shanahan gave the green light to move the USS Arlington and the Patriot battery, according to a statement. The latter is "a long-range, all-weather air defense system to counter tactical ballistic missiles, cruise missiles and advanced aircraft," the Pentagon said.

US B-52 BOMBERS LAND IN QATAR OVER UNSPECIFIED IRAN THREAT

“These assets will join the USS Abraham Lincoln Carrier Strike Group and a U.S. Air Force bomber task force in the Middle East region in response to indications of heightened Iranian readiness to conduct offensive operations against U.S. forces and our interests,” the Pentagon said.

The maneuver comes after national security adviser John Bolton on Sunday said the U.S. was sending the USS Abraham Lincoln Carrier Strike Group and a bomber task force to the U.S. Central Command region, which includes the Middle East.

The move was a reaction to several “troubling and escalatory indications and warnings,” Bolton said.

The Defense Department is keeping an eye on “the Iranian regime, their military and proxies,” the Pentagon said Friday while noting U.S. military readiness if a situation arises.

“The United States does not seek conflict with Iran, but we are postured and ready to defend U.S. forces and interests in the region,” they said in the statement.