New dramatic footage released by Iran’s Revolutionary Guards on Saturday purportedly shows their commandos in black ski masks and fatigues rappelling from a helicopter onto a British oil tanker seized in the Strait of Hormuz.

The video shows several small Guard boats surrounding the larger Stena Impero tanker as it moves through the strait. Above, a military helicopter hovers before several men rappel onto the ship.

The high-quality video, aired on Iranian state TV, appeared to be shot with at least two cameras, one from a speed boat-like vessel and one from the chopper.

Its release comes hours after Britain’s Foreign Secretary Jeremy Hunt warned Iran that it’s on a “dangerous path,” adding that a response would be “considered but robust.”

Foreign Secretary Jeremy Hunt said Saturday that the Iranians’ behavior is “illegal and destabilizing” and warned of “serious consequences” after the tanker was seized in the Strait of Hormuz on Friday by Iran’s Revolutionary Guards. (AP)

In comments on Twitter on Saturday, he said he spoke to Iran’s foreign minister and express extreme disappointment that the Iranian diplomat had assured him Iran wanted to de-escalate the situation but “they have behaved in the opposite way.”

“This has (to) be about actions not words if we are to find a way through. British shipping must & will be protected,” Hunt wrote.

Meanwhile, Iran senior officials said that their seizure of the Stena Impero on Friday as well as the brief detainment of a second UK-flagged vessel were a “reciprocal” measure amid economic sanctions.

Spokesman of Iran’s Guardian Council, Abbas Ali Kadkhodaei, meanwhile, told the semi-official Fars news agency that the seizure of the tanker was warranted on the basis reciprocity as the British navy seized an Iranian tanker in Gibraltar two weeks ago amid suspicions of shipping oil to Syria in violation of sanctions regime imposed by the European Union.

He said that Iran moves to “confront the illegitimate economic war and seizure of oil tankers is an instance of this rule and is based on international rights.” 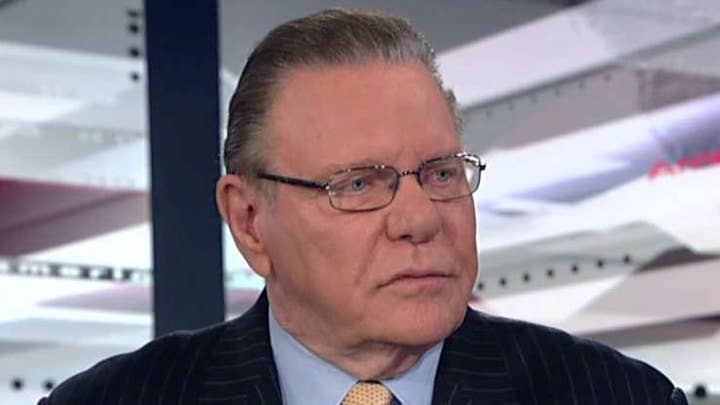 This contradicts the message put out by the state-run news agency IRNA that claimed the British vessel was seized because if rammed an Iranian fishing vessel rather than because of Britain’s actions near Gibraltar.

But the council’s official remarks signal the importance of the issue to the regime’s hardliners as it rarely comments on state matters, though when it does it’s perceived as the supreme leader Ayatollah Ali Khamenei’s views.

President Trump said Friday that Iran is “nothing but trouble” shortly after the news broke of the seized tankers, though he remained hopeful the standoff will work out “very nicely.”

He added that the regime “is showing their colors” by seizing the tankers and that it’s in “big trouble right now” due to the crushing sanctions imposed by the U.S. 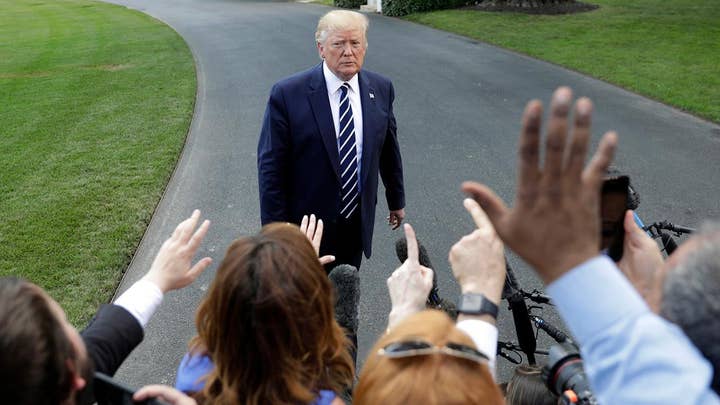 The British-flagged Stena Impero with 23 crew aboard was seized by Iran late Friday. Maritime trackers show it was headed to a port in Saudi Arabia. A second British-owned Liberian-flagged tanker, the MV Mesdar, was also seized but later released.

Britain said it will release the Iranian vessel if it could prove it wasn’t violating the EU sections on oil shipments to Syria. A court in Gibraltar extended by 30 days the detention of the vessel.

Maritime security in the Strait of Hormuz has deteriorated in recent weeks after six attacks on oil tankers that the U.S. has blamed on Iran – an allegation the Tehran government denies.

The incidents have jolted the shipping industry, with some of the 2,000 companies operating ships in the region on high alert and many ordering their vessels to transit the Strait of Hormuz only during the daylight hours and at high speed.

Of the roughly 2,000 companies that operate ships in the Persian Gulf, only a handful of companies have halted bookings outright.