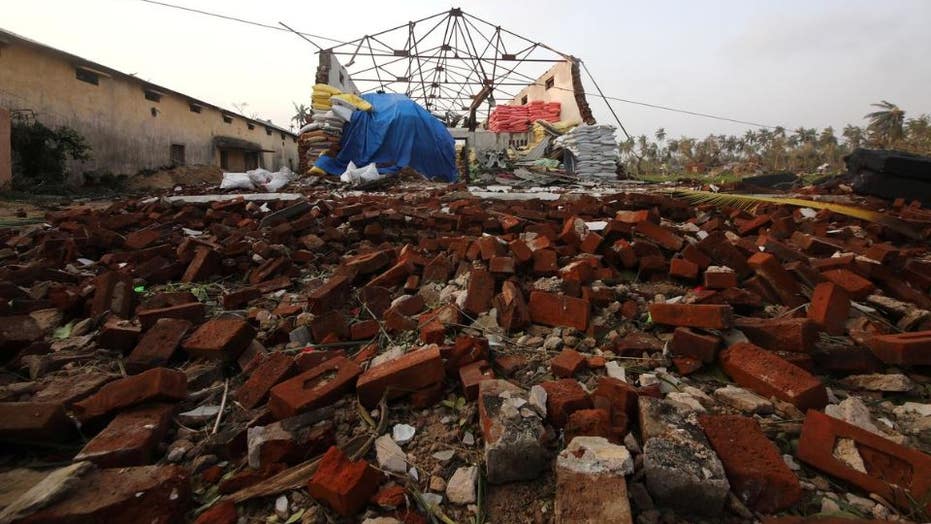 Cyclone Fani left a massive trail of destruction in its wake, knocking out power, shredding roofs and leaving hundreds of thousands homeless after slamming into eastern India with winds of 125 miles per hour.

Officials said the death toll, which reached 33 as of Sunday, would have been much higher if there hadn't been a major evacuation days before the storm made landfall.

Still, the cyclone created scenes of devastation across Odisha, the Indian coastal state that is home to 46 million people.

In the seaside town of Puri, which was in the path of Fani, the cyclone's winds tore off roofs, uprooted trees and snapped power lines, according to Reuters. The cyclone leveled more than 1,000 homes, reports the BBC.

"The cyclone has killed 21 people in Puri and about 300 people are injured," Brajabandhu Dash, a medical officer in Puri, told Reuters.

Twelve deaths were reported earlier from other parts of the state.

Nearly 3 million are reported to be without electricity.

Authorities said more than 60,000 people were involved in relief operations, a figure that includes volunteers and officials.

Children sit on a boat damaged by Cyclone Fani in the Penthakata fishing village of Puri, in the eastern Indian state of Orissa, Saturday, May 4, 2019. (AP Photo)

One local leader called Fani the "rarest of rare" tropical storms to hit India in years.

"Because of [its] rarity, the tracking and prediction was very challenging. In fact, till 24 hours of landfall, one was not sure about the trajectory it was going to take because of the predictions of different agencies," Patnaik said in a statement, according to Al Jazeera.

"This led to one of the biggest human evacuations in history -- a record 1.2 million people were evacuated in 24 hours."

Commuters ride past damage caused by Cyclone Fani in the Penthakata fishing village of Puri, in the eastern Indian state of Orissa, Saturday, May 4, 2019. (AP Photo)

Some of the deadliest tropical cyclones on record have occurred in the Bay of Bengal.

A 1999 "super" cyclone killed around 10,000 people and devastated large parts of Odisha. Due to improved forecasts and better-coordinated disaster management, the death toll from Cyclone Phailin, an equally intense storm that hit in 2013, was less than 50, according to the World Meteorological Organization.