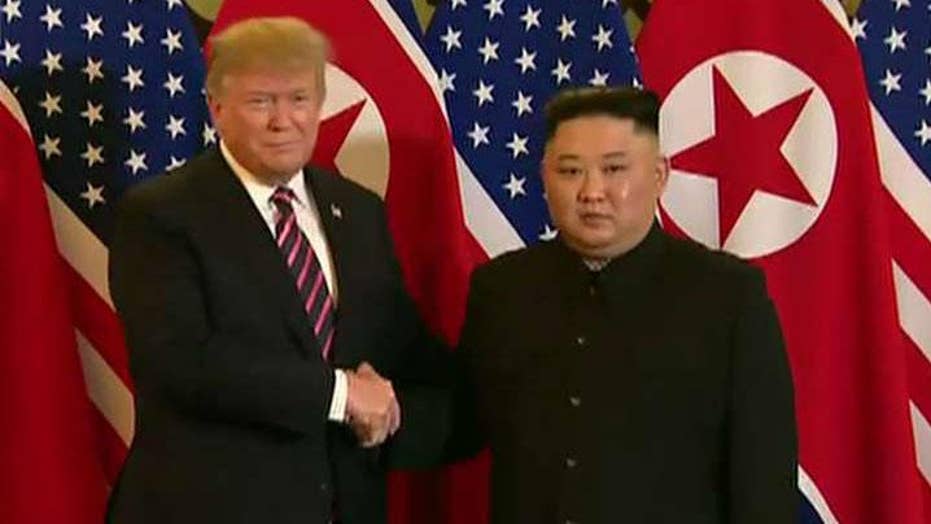 The leader of the Hermit Kingdom supervised a "strike drill" of long-range multiple rocket launchers and unspecified tactical guided weapons into the East Sea on Saturday while telling troops to remain on alert, North Korean state media said.

Pyongyang's official Korean Central News Agency said Sunday that Kim Jong Un expressed "great satisfaction" over the drills, which were to "estimate and inspect the operating ability and the accuracy of striking duty performance" of the weaponry.

Kim also urged troops to remember that "the iron truth that genuine peace and security are ensured and guaranteed only by powerful strength," the KCNA said, according to Yonhap.

"Praising the People's Army for its excellent operation of modern large-caliber long-range multiple rocket launchers and tactical guided weapons, he said that all the service members are master gunners and they are capable of carrying out duty to promptly tackle any situation," the KNCA paraphrased Kim as saying. "He stressed the need for all the service members to keep high alert posture and more dynamically wage the drive to increase the combat ability so as to defend the political sovereignty and economic self-sustenance of the country and ... the security of the people from the threats and invasion by any forces."

This Saturday, May 4, 2019, photo provided on Sunday, May 5, 2019, by the North Korean government shows a test of weapon systems, in North Korea. (Korean Central News Agency/Korea News Service via AP)

Photographs released by the KCNA showed the weapons being fired as Kim, equipped with binoculars, observed tests of the different weapons systems.

South Korea's Joint Chiefs of Staff said that "several projectiles" had been launched from near the coastal town of Wonsan and that they flew up to 125 miles before splashing into the sea toward the northeast. That roughly matched the distance between the area and the South Korean capital of Seoul, although the North in Sunday's report did not issue any direct threat or warning toward the South or the United States.

This Saturday, May 4, 2019, photo provided on Sunday, May 5, 2019, by the North Korean government shows a test of weapon systems, in North Korea. (Korean Central News Agency/Korea News Service via AP)

Iskander missiles can be fired a distance ranging from 37 to 300 miles and are difficult to intercept, military experts told Yonhap.

“What was sobering for me was that unexpectedly, there was a photo of short-range, ground-to-ground ballistic missile, otherwise known as the North’s version of Iskander," he told Reuters.

The solid-fuel North Korean missile, which was first revealed in a Pyongyang military parade in February, is potentially capable of conducting nuclear strikes on all areas of South Korea, according to Kim.

After an emergency meeting of top officials at the presidential Blue House in Seoul, South Korea said it's "very concerned" about the recent North Korea's weapons launches, calling them a violation of the agreements to reduce animosities between the countries. Officials also urged North Korea to stop committing acts that would raise military tensions and join efforts to resume nuclear diplomacy.

A TV screen shows a file footage of North Korea's missile launch during a news program at the Seoul Railway Station in Seoul, South Korea, Saturday, May 4, 2019. (AP Photo/Ahn Young-joon)

The weapons launches come amid stalled diplomatic talks after President Trump and North Korean leader Kim Jong Un met in Vietnam for their second summit, but negotiations fizzled. The North requested sanctions relief in exchange for partial denuclearization measures. The U.S. balked at the request, insisting sanctions would not be relaxed until complete denuclearization.

Trump said Saturday on Twitter that he still believes a nuclear deal with North Korea will happen. He tweeted that Kim "fully realizes the great economic potential of North Korea, & will do nothing to interfere or end it."

Trump added: "He also knows that I am with him & does not want to break his promise to me. Deal will happen!"