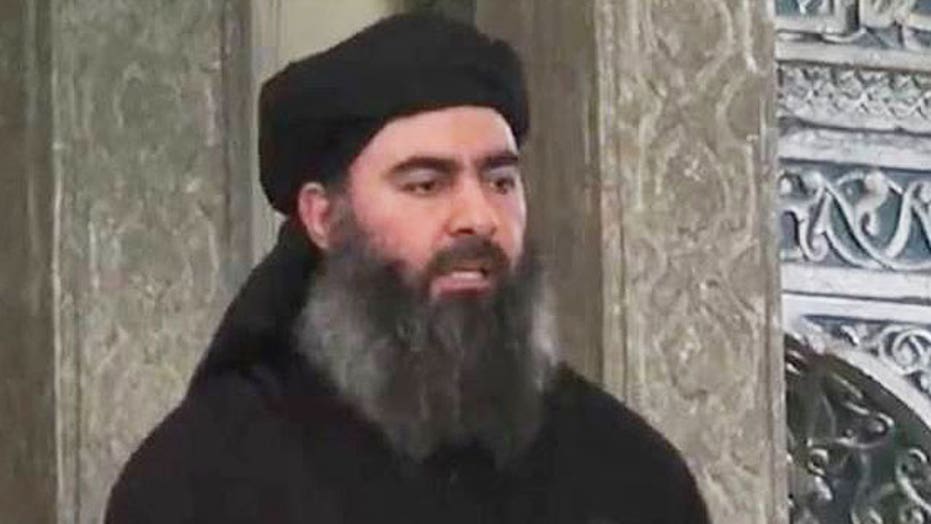 Is al-Baghdadi crucial to ISIS operations?

The inability for U.S. military officials to locate ISIS leader Abu Bakr al-Baghdadi is becoming a greater challenge in the coalition’s fight against the terror group.

“When militaries are dealing with enemy networks, you find that no single personality is the sole keystone of that network … taking a key personality helps you in the short run but what you need to do is consistently take out leadership … even then that doesn’t necessarily completely dismantle a network by itself, “said Paul Floyd, military analyst at the global intelligence firm Stratfor.

The Heritage Foundation’s Dan Kochis sees the limitation of U.S. ground intelligence as a problem. “We just don’t know right away if we have taken out these individuals, sometimes we just attack these conveys knowing there are militants.”

He believes the coalition lacks ground targets and that “we don’t have the intel infrastructure in place on the ground in Iraq and Syria.”

The chairman of the Joint Chiefs of Staff Martin Dempsey told Congress earlier this week the U.S. won’t rule out a small contingent of American forces fighting alongside the Iraqis.

There are increasing questions over what future role Americans will play in this fight.

“The U.S. is trying to get specific results in dealing with IS in Iraq,” said Floyd. “What they saw was the limited personnel they have been putting in wasn’t quite getting the exact effects they wanted to … the expansion is a mission creep, but does it end in a full-scale war like Vietnam, probably not.”

As of now, there is no clear solution for ending violence in the region.

“This is an ideological struggle … the West is going to need to be in this for the long haul because it’s not going to be an easy fix,” said Kochis.

Floyd agrees. “This is a longstanding problem, we’ve been dealing with this sectarian issue in Iraq for over a decade now and the U.S. is dealing with the same issue just in a different format. The U.S. is going to have stay involved in some capacity probably for another decade.”