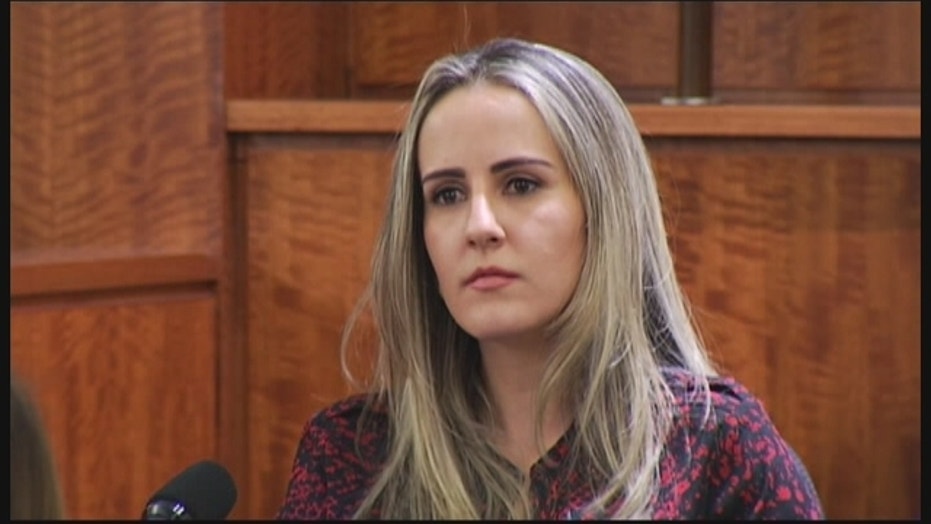 Women who cleaned the home of former New England Patriots player Aaron Hernandez testified at his murder trial that they saw guns stashed in three places in his house before the killing.

FALL RIVER, Mass. (AP) – A woman who cleaned the home of former New England Patriots player Aaron Hernandez testified Monday at his murder trial that she saw two guns there before the killing.

Hernandez has pleaded not guilty to the June 17, 2013, killing of Odin Lloyd, who was dating the sister of Hernandez's fiancee. His body was found in an industrial park not far from Hernandez's home. The .45-caliber gun used to shoot him six times was never found.

Marilia Prinholato testified under questioning from prosecutors that she saw the first gun around May 7, 2013, her second time cleaning the house. She said she was straightening the fitted sheet on the bed in a basement guestroom when she discovered it.

"When I took it off, something, a gun, fell out on the floor," she said.

Prinholato described it as black, heavy and 30 to 40 centimeters long, and she said she put it back under the mattress where it had been. She said she saw the same gun once more, the following week, when she lifted up the mattress to see whether it was still there.

Hernandez's lawyer Michael Fee asked Prinholato if she knew the company that made the gun or the caliber of bullets it used, and she said she did not.

Also Monday, two witnesses testified about hearing several loud bangs like fireworks around the time of the killing. Both worked the night shift in the industrial park and said they were sitting in their cars after 3 a.m. The first said she heard around five bangs between 3 a.m. and 3:30 a.m. while she napped in her car. The other said he heard about six or eight loud bangs after 3:20 a.m.

Separately, Superior Court Judge Susan Garsh reversed a decision she made Friday and now says prosecutors can ask Lloyd's sister about text messages sent in the final minutes of his life. She said they can't ask about what was said or how the sister reacted to them.

Prosecutor William McCauley has said the messages can be used to establish where Lloyd was in those final minutes. The last text message he sent was at 3:23 a.m.