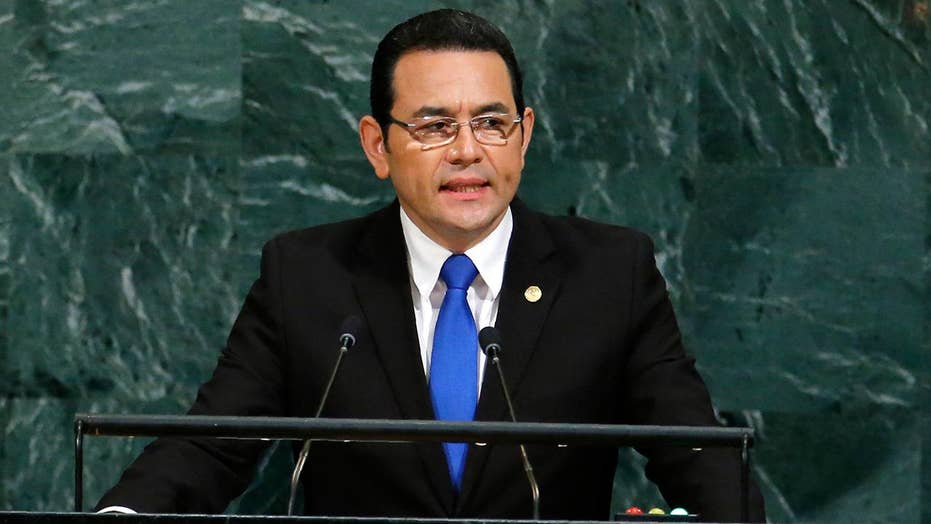 Guatemala to move embassy to Jerusalem

Doug McKelway has the reaction to the intention.

Guatemala’s top diplomat defended the country’s decision to move its embassy in Israel to Jerusalem, rejecting international and domestic scrutiny after following the U.S.’ lead.

Foreign Minister Sandra Jovel said the change amounts to “a foreign policy decision, therefore sovereign,” and that Guatemala has no intention of changing their mind.

Guatemala’s government has given no timeline for a move, as President Trump has also not said when a switch will be made.

However, Israel’s Ambassador to Guatemala, Mattanya Cohen, told local television that Guatemala would only move its embassy after the U.S., and that could take years, according to Haaretz.

Trump’s announcement Dec. 6 reversed decades of U.S. policy and set off weeks of clashes between Palestinian protesters and Israeli security forces that have left at least a dozen Palestinians dead.

The U.N. General Assembly voted overwhelmingly Thursday to condemn the U.S. decision in a non-binding resolution. Guatemala was one of nine nations that sided with the United States.

Israel claims all of Jerusalem as its capital, while the Palestinians claim the city’s eastern sector, which was captured by Israel in 1967. The city is home to sensitive Jewish, Muslim and Christian religious sites. Many governments have long said the fate of Jerusalem must be resolved through negotiations.