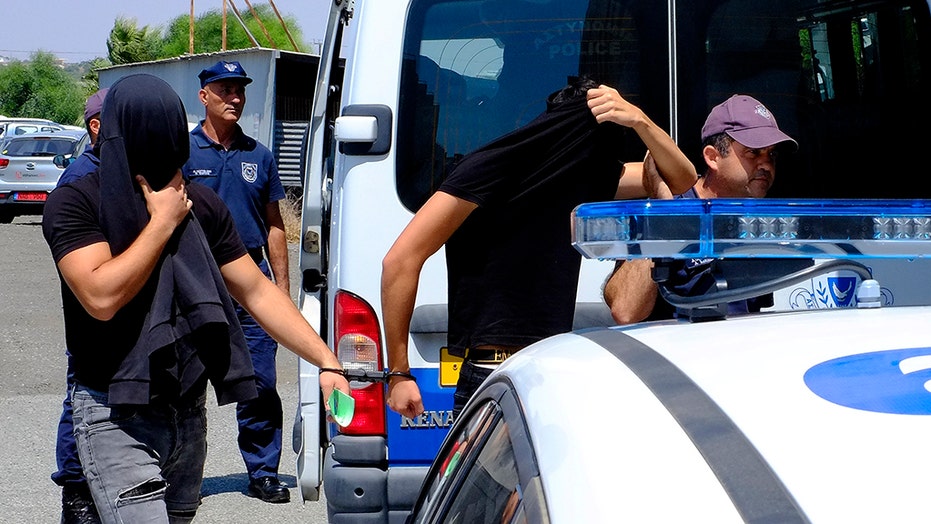 Five of 12 Israeli teenagers initially arrested on suspicion of raping a 19-year-old British tourist in Cyprus were released Thursday -- one of them reportedly with the help of a selfie taken by his girlfriend.

Israeli TV Channel 12 reported that the youth’s lover took a selfie of him sleeping next to her at the time of the alleged incident.

“My girlfriend’s selfie saved my life," the youth told the station, according to the Jerusalem Post. "I will never come back here ever again."

Defense lawyer Yiannis Habaris told the Associated Press that investigators confirmed that the five released Israelis had no connection with the case. The seven remaining suspects were linked to the case through witness statements as well as DNA evidence which link three of the seven to the alleged victim.

“Cracks begin to form in the complainant’s version,” said attorney Nir Yaslovitzh, who represents three of the 12 initial suspects. “I am hopeful that the version of the other suspects will refute the harsh accusations against them."

Israeli men cover their faces with their shirts as they arrive at the Famagusta courthouse in Paralamni town, Cyprus, Thursday, July 18, 2019. A Cyprus court has ordered 12 Israelis vacationing on the east Mediterranean island nation to remain in police custody for eight days after a 19-year-old British woman alleged that she was raped. (AP Photo/Petros Karadjias)

“I’m not guilty, everything is all right,” one of the teens told Israeli news agency Ynet news.

A Cypriot judge ordered the seven remaining suspects to remain in custody for another six days to give investigators time to finish looking into the woman's claims. They face charges of rape and conspiracy to commit rape.

The alleged victim reported that she was raped in the resort town of Ayia Napa while on vacation last week. The suspects were arrested on July 17.

The youth whose girlfriend snapped the fortunate selfie recalled the night of his arrest.

“I was sitting in my room, I don’t know how they got in but suddenly two police officers jumped me and cuffed me,” he told Israel’s Channel 12. “At first I did not understand what they wanted, but at the station a translator told me, ‘You are suspected of raping a girl.’”

The teen added he told police to check the photographs he took with his girlfriend. “I don’t understand how they didn’t check that."

Israeli tourists, arrested over the alleged rape of a British tourist in the resort town of Ayia Napa, arrive to appear before a magistrate for a remand hearing in the Famagusta courthouse in Paralimni, Cyprus July 18, 2019. (REUTERS/Yiannis Kourtoglou)

While the suspects admitted knowing the young woman, they claimed that the sexual acts were consensual. The court heard that the alleged victim was involved in a relationship with one of the seven suspects and had sexual contact with several of the remaining six over the course of a few days, Habaris said.

On the night of interrogation, however, she reportedly claimed that two of the youths held her down forcibly at the Pambos Napa Rocks Hotel while their friends took turns raping her.

“I do remember that until about 1 a.m., the friends I did not know raped me, some wore a condom, and some didn’t,” she told police. “They hurt my whole body… one of them held me down, and then I saw at least 12 faces… for an hour or so, one after the other.”

“After they let me go I fainted, and then I ran out of the room, met friends and they took me half-naked to the clinic,” she added.

Nine of the teens have admitted to being in the room when the alleged rape occurred and three refused to answer police inquiries. Police found five used condoms and 13 condom wrappers in the room where the alleged sexual assault occurred.