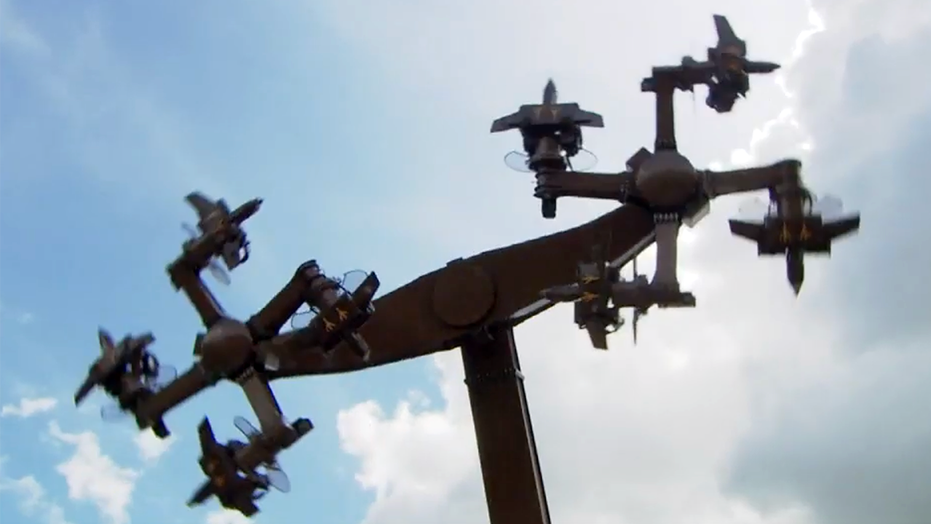 A German theme park quickly shut down a new ride -- not due to safety reasons, but because critics said it resembled "flying swastikas."

The "Eagle Fly" ride at Tatzmania, an amusement park in Löffingen, a city roughly 60 miles northwest of Zurich, Switzerland, was widely criticized after a video of it in motion reportedly circulated online.

Spinning in the air while ridegoers are strapped into a harness, the ride appears to look like two large swastikas.

A spokesperson for Tatzmania told Euronews that nobody was aware of what the ride resembled until video of it was released.

"First of all, I would like to emphasize that I would like to apologize with all form to all persons who feel disturbed and insulted by our design," park owner Rüdiger Braun told the European Broadcasting Union.

Braun said the ride, which only opened in July, will face a slight redesign — each arm of the "Eagle Fly" will have three eagles, not four.