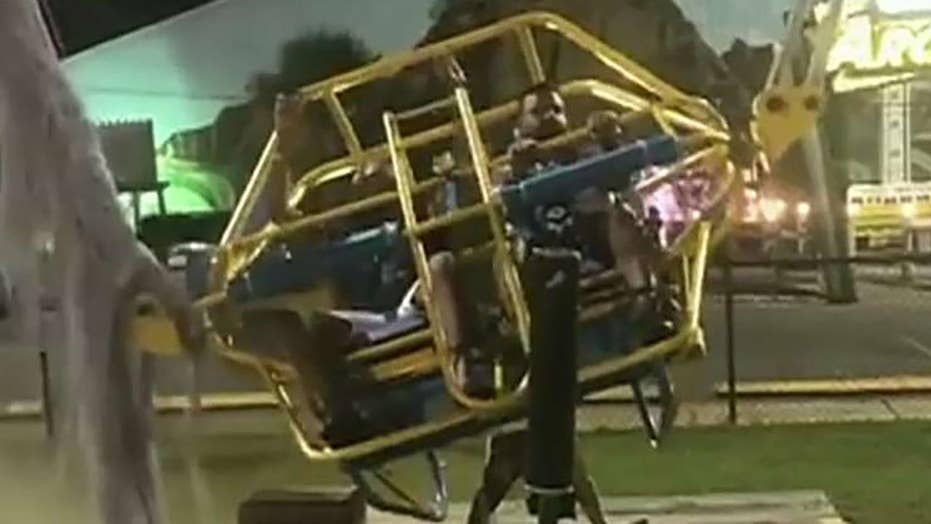 Scary moment shows a slingshot ride cable snapping before launch. No injuries have been reported.

Two men who were excited to be launched into the air on a slingshot ride at a Florida amusement park were in for a scary surprise when — just as they were about to be launched — the ride's cables shredded.

Video of the incident, taken at Cobra Adventure Park in Panama City Beach on Saturday night, shows the two parkgoers strapped into a harness on the ride as it gets ready to fly, presumably some hundreds of feet into the air.

"Three… two… y'all gonna be screaming like sissies, watch," people shout just before the ride's right-side cables seemingly shred, and before the slingshot was to be sent flying. An employee is later seen removing the men from the ride.

Krissy Hurst, who posted the video to Facebook, told WTVT she's ridden the thrill ride many times, but decided not to at the last moment, because she had a bad feeling about it. She took the video because the ride's recording system wasn't operating.

She said the men received a refund from the adventure park, but it doesn't seem "like anybody was really apologetic."

Hurst added the men who were strapped in as the ride snapped "are completely freaked out still."