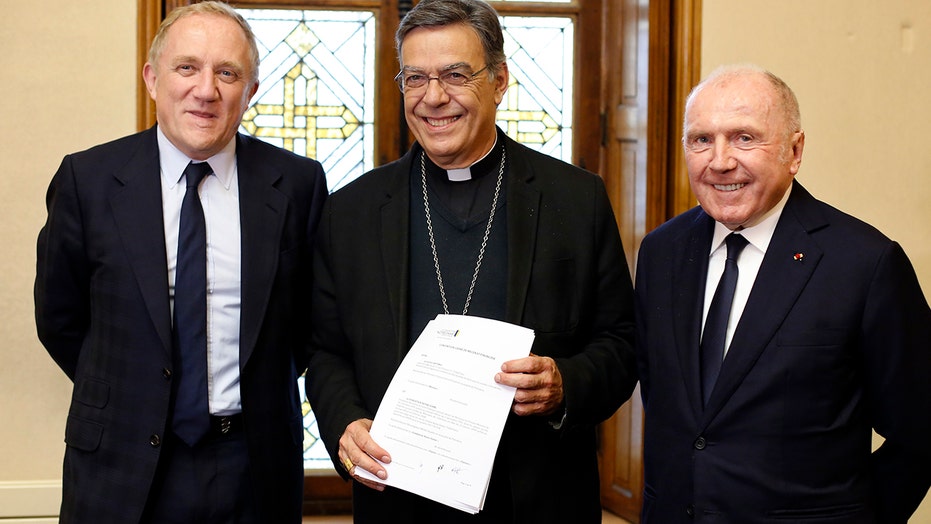 Pinault, the 56-year-old chairman and CEO of Kering, a Paris-based luxury group behind brands including Gucci and Yves Saint Laurent, and his 82-year-old father signed the donation agreement at the Archdiocese of Paris on Tuesday.

NOTRE-DAME FIRE MAY HAVE BEEN CAUSED BY CIGARETTE OR POWER FAILURE, INVESTIGATORS SAY

The sum represents a long-awaited financial boost toward the church’s reconstruction. In the months following the fire, officials had to rely on small charity donations made mainly by American citizens, via the charitable foundation Friends of Notre Dame. 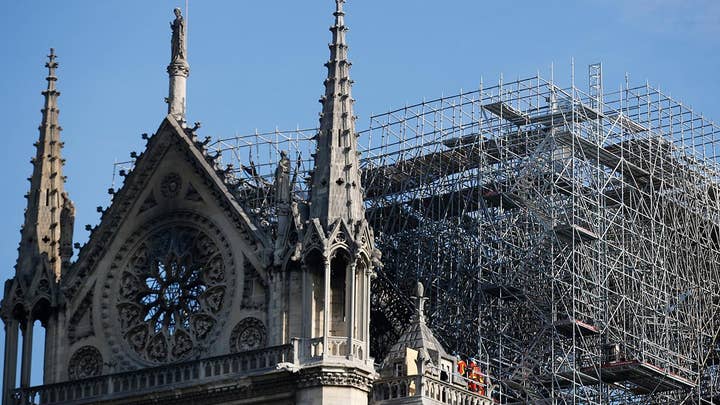 Workers have remained focused on clean-up and safety measures, like removing scaffolding that melted in April 15 blaze that changed the Paris skyline. The younger Pinault, who has been married to the Mexican and American actress Salma Hayek since 2009, made the pledge in the hours following the fire.

His father said that they hoped announcing their donation publicly would motivate others to chip in for the cause.

"It is certainly vulgar to make a gesture and then promote it, but the idea was to generate others," said the elder Pinault, who is worth $34.3 billion according to Bloomberg’s Billionaire Index.

The Notre Dame Foundation received $39 million from 46,000 individuals, 60 businesses and 29 municipalities between April 15 and the end of September, according to a statement. Paris Archbishop Michel Aupetit said he's received donations as small as one euro.

French President Emmanuel Macron set a target of five years – which will be when France is set to host the 2024 Summer Olympics – for the completion of Notre Dame restoration efforts.

However, officials won’t know the total duration and cost of the project until the spring, Aupetit said, adding that simply preserving the damaged building in its current state costs $33.8 million.