Enraged Yellow Vest protesters clash with police after an outpouring of money to restore the church; Molly Line reports from the scene.

The billionaire French donors who publicly promised flashy donations totaling hundreds of millions to rebuild Notre Dame have not yet paid a penny toward the restoration of the French national monument, according to church and business officials.

Instead, it's been mainly American citizens, via the charitable foundation Friends of Notre Dame, that have footed the bills and paid salaries for the up to 150 workers employed by the cathedral since the April 15 fire that devastated the cathedral's roof and caused its masterpiece spire to collapse. This month it is handing over the first ever payment for the cathedral's reconstruction of 3.6 million euros ($4 million).

"The big donors haven't paid. Not a cent," said Andre Finot, a senior press official at Notre Dame. "They want to know what exactly their money is being spent on and if they agree to it before they hand it over, and not just to pay employees' salaries."

Almost $1 billion was promised by some of France's richest and most powerful families and companies, some of whom sought to outbid each other, in the hours and days after the inferno. It prompted criticism that the donations were as much about the vanity of the donors wishing to be immortalized in the edifice's fabled stones than the preservation of church heritage. 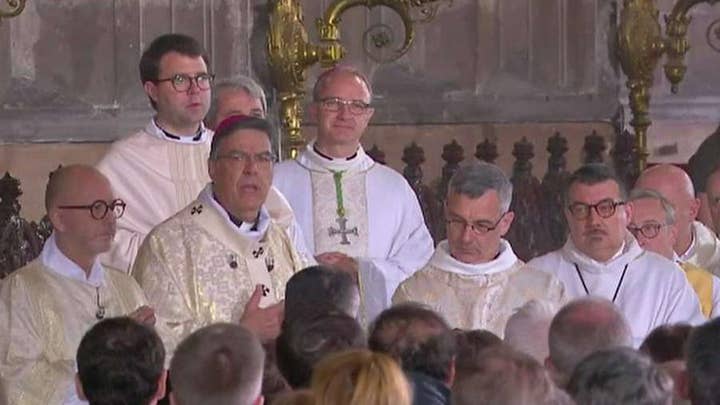 Francois Pinault of Artemis, the parent company of Kering that owns Gucci and Saint Laurent, promised 100 million euros, while Patrick Pouyanne, CEO of French energy company Total, said his firm would match that figure. Bernard Arnault, CEO of luxury giant LVMH that owns Louis Vuitton and Dior, pledged 200 million euros, as did the Bettencourt Schueller Foundation of the L'Oreal fortune.

No money has been seen, according to Finot, as the donors wait to see how the reconstruction plans progress and fight it out over contracts.

The reality on the ground is that work has been continuing around the clock for weeks and, with no legal financial mechanism in place to pay the workers, the cathedral has been reliant on the charity foundation to fund the first phase of reconstruction.

HUNDREDS OF MILLIONS PLEDGED FOR NOTRE DAME REBUILD NOT YET COLLECTED, ARCHBISHOP SAYS

The Friends of Notre Dame de Paris was founded in 2017, and its president, Michel Picaud, estimates that 90% of the donations it has received have come from American donors. Indeed, Picaud has just returned from a fund-raising trip in New York.

"Americans are very generous toward Notre Dame and the monument is very loved in America. Six out of our 11 board members are residents in the U.S.," Picaud said. 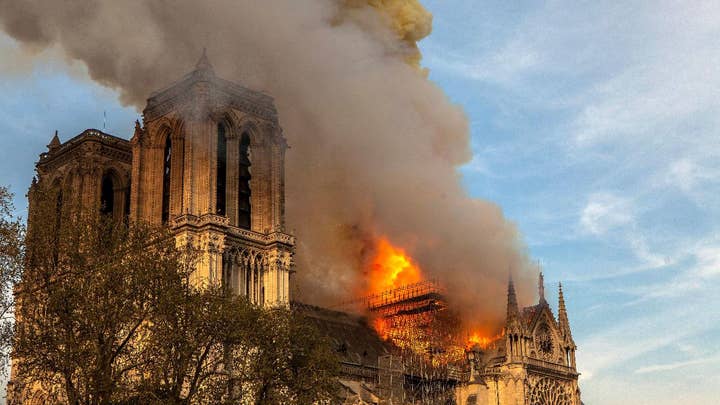 The first check toward the rebuilding, accounting for the "first stage of restorations" according to Picaud, is currently being transferred by the foundation for a sum of 3.6 million euros ($4.1 million).

While the billionaire donors delay signing their checks, the workers at the cathedral can afford no such luxury as the risk of lead poisoning has become an issue for the Parisian island on which Notre Dame is located.

NOTRE DAME'S DESTRUCTION WAS 'BOUND TO HAPPEN' AFTER YEARS OF NEGLECT AND LACK OF UPKEEP, EXPERT CLAIMS

The estimated 300 tons of lead that made up the roof melted or was released into the atmosphere during the blaze, and sent toxic dust around the island with high levels present in the soils and in administrative buildings, according to Paris' regional health agency. It has recommended that all pregnant women and children under 7 take a blood test for lead levels.

Workers are currently creating a wooden walkway to give them access to remove the 250 tons of burnt-out scaffolding that had been installed for the ill-fated restoration of the spire. They will then replace the existing plastic protection with a bigger, more robust "umbrella" roof. After that, they will begin the reconstruction of the roof and vaulting. The middle vault will be the first stage of the reconstruction.

Finot said this process will take a number of months and will all be paid for by the Friends of Notre Dame and other foundations. 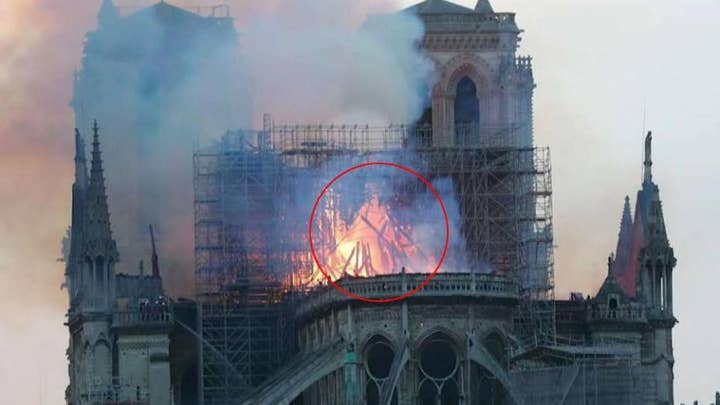 This comes as the French parliament is slowly passing back and forth amendments to a new law that would create a "public body" to expedite the restoration of the cathedral and circumvent some of the country's famously complex labor laws.

French President Emmanuel Macron has said the work should be completed within a five-year deadline. Macron has appointed former army chief Gen. Jean-Louis Georgelin to oversee the reconstruction and crack the whip. But critics have said the timeline is overly ambitious.

A spokesman for the Pinault Collection acknowledged that the Pinault family hadn't yet handed over any money despite the progress of works, blaming that on a delay in contracts.

"In short, we are willing to pay, provided it is requested in a contractual framework," said Jean-Jacques Aillagon, adding that the Pinault family plans to pay via the Friends of Notre Dame.

The LVMH Group and the Arnault family said in a statement that it would also be working with the Friends of Notre Dame, that it was signing an agreement and that "the payments will be made as the work progresses."

Total has pledged to pay its 100 million euros via the Heritage Foundation, whose Director General Celia Verot, confirmed the multinational company has not paid a penny yet and is waiting to see what the plans are and if they are in line with each company's particular vision before they agree to transfer the money.

"How the funds will be used by the state is the big question," Verot said. 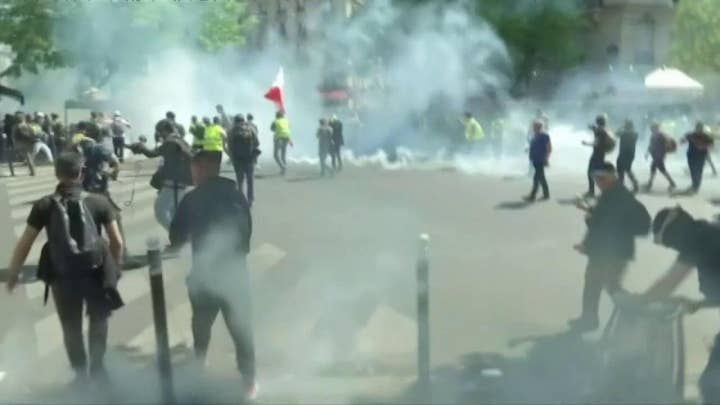 "It's not as brutal as it sounds, but it's a voluntary donation so the companies are waiting for the government's vision to see what precisely they want to fund. It's our function as the intermediary to know that the money is directed in line with the donor's wishes," she added.

While the clean-up and consolidation work currently underway is hugely important, it does not fit that description, said another foundation official, speaking on condition of anonymity.

It suggests the wealthy donors want their money to go toward long-lasting, immortalizing structures and not on ephemeral, but equally vital, cleaning and securing of the site that also still poses a real health risk for Parisians.

The Bettencourt Schueller Foundation said it, too, hasn't handed over the money because it wants to ensure it's spent on causes that fit the foundation's specific ethos — which supports craftsmanship in art.

Olivier de Challus, one of the cathedral's chief guides and architecture experts, said that one of the reasons the rich French donors haven't yet paid up is that there are still so many uncertainties about the direction of the construction work.

De Challus said that architectural experts are using digital models to try to establish how much damage the fire did to the 13th-century stone, and whether the structures are fundamentally sound.

"It doesn't matter that the big donors haven't yet paid because the choices about the spire and the major architectural decisions will happen probably late in 2020," he said.

"That's when the large sums of money will be required."