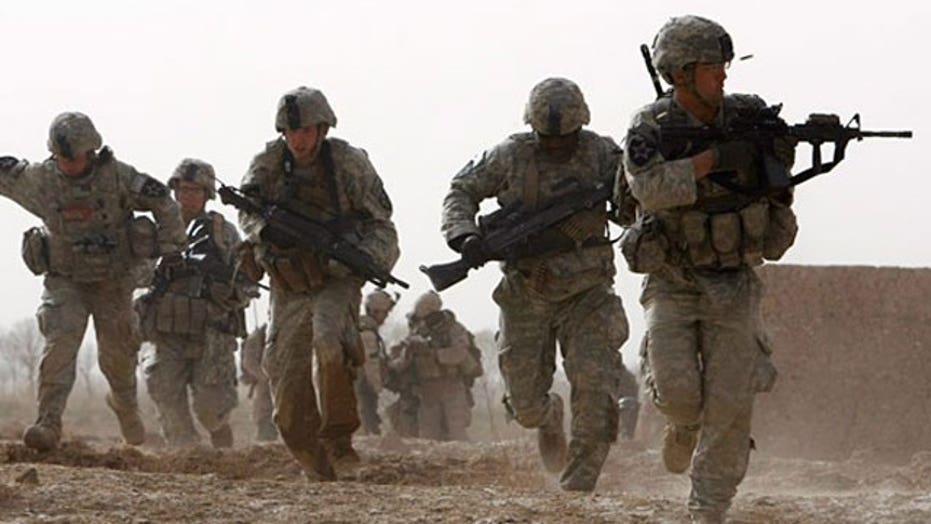 Should the US bolster its military presence in Europe?

Foreign policy expert Rebeccah Heinrichs stressed the importance of supporting NATO allies and the need for stricter sanctions on Moscow as Russian troops began to build up along Ukraine’s border.

Heinrichs has worked in the areas of nuclear deterrence and missile defense and is the former manager of the Congressional Missile Defense Caucus. She spoke with Fox News National Security Analyst KT McFarland about the current security situation in Europe.

“The United States needs to show some resolve that we’re going to defend our allies,” said Heinrichs. “One of the first things we could do is send some military equipment to Ukraine and doing some joint military exercises.” These actions, she says, could be a deterrent to any further movements by Russia’s President Vladimir Putin.

Obama pledged this week to European allies the U.S. will “always uphold our solemn obligation, our [NATO] Article 5 duty to defend the sovereignty and territorial integrity of our allies.”

Heinrichs says the U.S. needs to strengthen NATO’s position in Europe as a counterbalance to Russia. However, critics have blasted any talk of U.S. military buildup, believing America is spread too thin overseas.

“Russia doesn’t need to be provoked,” Heinrichs said. “The Russians understand Americans are ‘war-weary’ and it’s understandable we’re tired but one of the things we can do is bolster NATO to make sure that it doesn’t break out into a larger, regional war.”

Heinrichs says stronger economic sanctions are necessary and they need to be “biting” enough to impact the Russian economy.

“What Vladimir Putin understands is military might and he doesn’t want to get into an outright war with the United States,” said Heinrichs. “The United States [must be] willing to actually support its NATO allies.”

Heinrichs stressed the importance of NATO. “NATO is a very important alliance, we can’t allow the alliance to fall apart.”