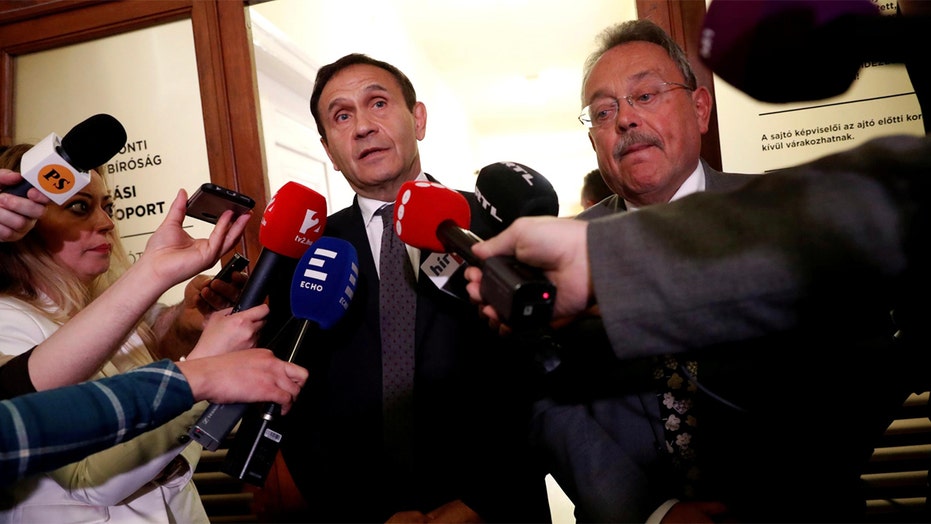 A former Hungarian swimming executive was charged Tuesday with ordering a deadly hit on a business rival in Budapest over two decades ago.

Tamas Gyarfas, who was former vice president of the Lausanne-based International Swimming Federation's Bureau, denied the charges when he was first detained back in April 2018. He was then released from jail on bail.

Gyarfas’s lawyer Peter Zamecsnik said the latest charges are “absurd,” adding that “based on the investigation material I reviewed, the case will probably fail in court,” according to Reuters.

Hungarian media mogul Janos Fenyo was murdered back in 1998 after getting sprayed with submachine gun bullets in his car at a stoplight in Budapest. It was one of the more shocking killings in Hungary during the turbulent 1990s following the collapse of communism in Eastern Europe.

Tamas Gyarfas, after his arrest on charges of ordering the murder of a media tycoon in Budapest 20 years ago, a crime he denies, in Budapest, Hungary, April 20, 2018. (REUTERS)

Prosecutors claim both Gyarfas and Fenyo were business competitors, a rivalry that allegedly prompted Gyarfas to order the death of his nemesis.

“The accused decided in 1997 to settle the score for good by having the plaintiff killed,” prosecutors said in the statement, according to Reuters.

Authorities also said Gyarfas ordered the murder through an associate who he had known since 1994. The charges on Tuesday were brought after new evidence emerged in the last decade.

A Slovakian man, Jozef Rohac, was sentenced to life in jail by a Hungarian court in 2017 for the killing of Fenyo, but the name of the person who ordered the killing wasn’t revealed during a trial.