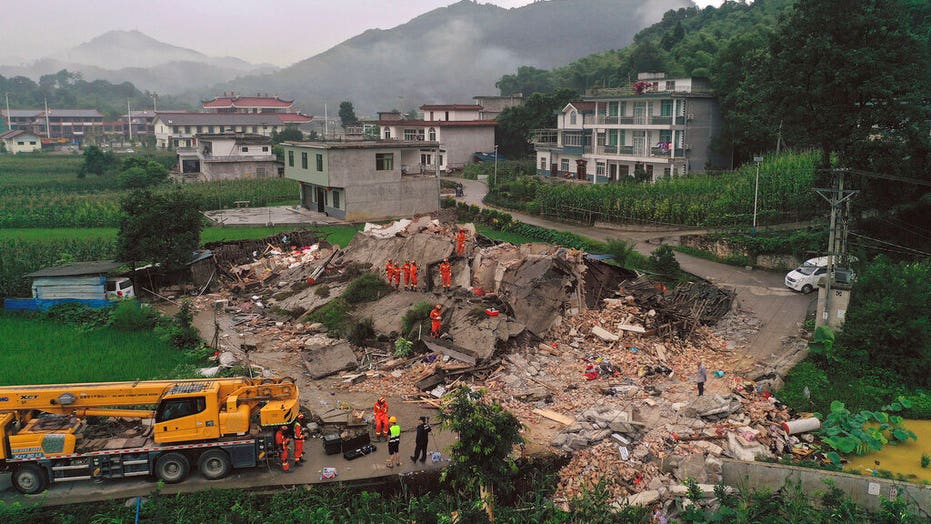 At least 12 people were killed and 135 others were injured when an earthquake hit southwestern China on Monday, officials said.

First responders rescued at least eight people on Tuesday who were trapped following the quake, which collapsed 73 houses.

Rescue workers search for trapped people at a collapsed building after an earthquake in Shuanghe Town in Changning County of Yibin City, southwest China's Sichuan Province on Tuesday. (Zeng Lang/Xinhua via AP)

Hundreds of firefighters were involved in rescue efforts to save those who were believed to be trapped, the Chinese Ministry of Emergency Management said.

While more than 4,400 people have been evacuated from the area, local news outlets reported most of the deaths were caused by damage to houses.