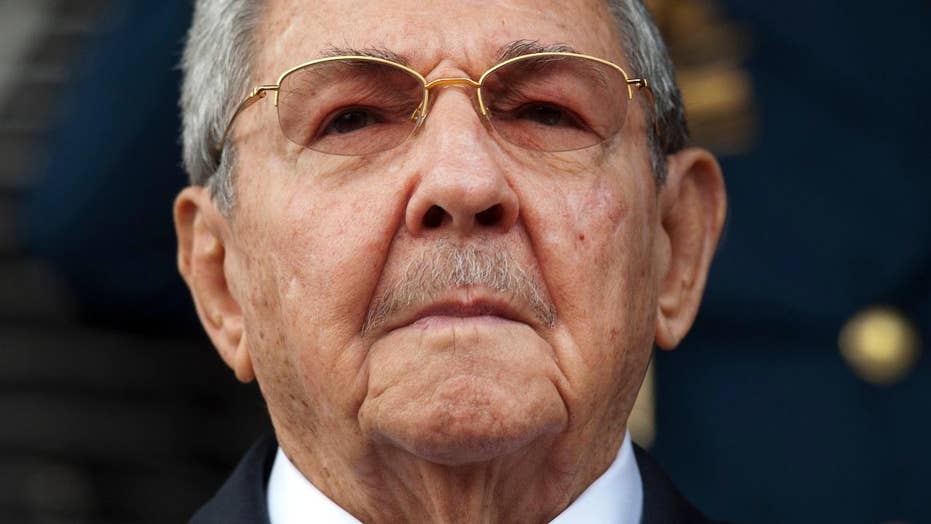 Miguel Díaz-Canel: Cuba’s next leader not a Castro

Cuba’s leader Raul Castro is making plans to step aside and for the first time in nearly 60 years, Cuba’s new leader is not from the Castro family. Here’s a look at Cuba's next president, Miguel Díaz-Canel.

HAVANA – Cuba's National Assembly will elect a new president on Wednesday and announce the replacement for Raul Castro the next day, an unusual two-day process that will install someone from outside the Castro family in the country's highest government office for the first time in nearly six decades.

The Cuban National Assembly has generally met and selected the president in one day. Its votes are nearly always anonymous and seen as reflecting the will of the country's top leadership.

The U.S. is cracking down on the island following mysterious sonic attacks to U.S. diplomats; Rich Edson reports on 'Special Report.'

Communist Party newspaper Granma says the congress will assemble at 9 a.m. and select leaders of the legislature before voting for the president and other members of the Council of State, the country's highest government body. Granma says state media will broadcast live "the most important moments of the unfolding of this transcendental session."

The secret vote will be counted by the National Electoral Commission and announced Thursday, Granma says.

The new president will take over for the 86-year-old Castro, who is stepping down after two five-year terms. His brother Fidel was prime minister and president from 1959 until he fell ill in 2006. Although Osvaldo Dorticos was president of Cuba during Fidel Castro's time as prime minister, he was considered a figurehead next to the man who led Cuba's revolution, forged its single-party socialist system and ruled by fiat.

First Vice President Miguel Diaz-Canel Bermudez, 57, has long been seen as the overwhelming favorite to replace Castro, and a series of high-profile appearances on state-run television in recent days have done nothing to change that. Cuba's constitution does, however, allow for any member of the 605-seat legislature to be elected as head of the council of state.