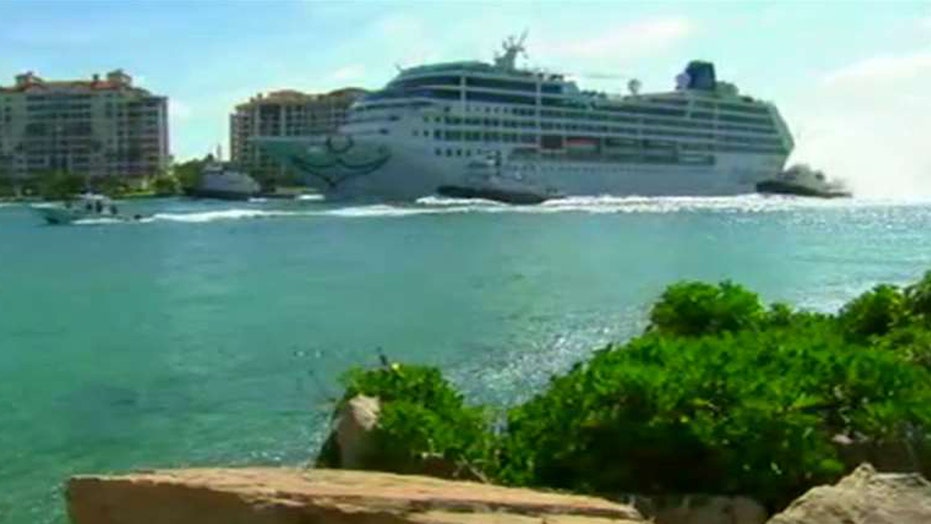 First US cruise ship in decades docks in Havana

A Cuban dissident was arrested on Monday for waving the American flag near the Havana pier where the Carnival cruise ship Adonia docked on Monday.

The man, Daniel Llorente, was holding the flag across his back at the waterfront as the ship approached. He was detained after making a speech about liberty on the communist island. It’s unclear what charges were leveled against him.

A video of the event shows a crowd of tourists and locals gathering around Llorente, and him getting into a verbal exchange with an unnamed woman. The arrest was first reported by Noticias Martí, a Miami-based news organization focused on Cuba.

“You’re making a clown of yourself,” the woman told him. “The American flag. What are you doing, for God’s sake?”

“What are you doing here? Hypocrite,” Llorente said. “This is a symbol of American pride.”

Llorente – who was wearing a T-shirt with a Cuban-flag design on it – cited U.S. President Barack Obama’s speech to the Cuban people during his March visit to the island.

“As Obama said, if you want liberty, it’s the people who will have to make it happen,” he said. “I’m here to show Cubans and the world that ‘yes, we can’!”

The crowd around Llorente only got larger, with many in the crowd jeering the flag bearer. With the approaching cruise ship as a backdrop, the video shows police officers arriving on the scene and wrestling Llorente into a patrol car along with his flag.

The Adonia was the first ship to sail to Cuba from the United States since 1978 and the first to make the trip from Miami in more than 50 years.