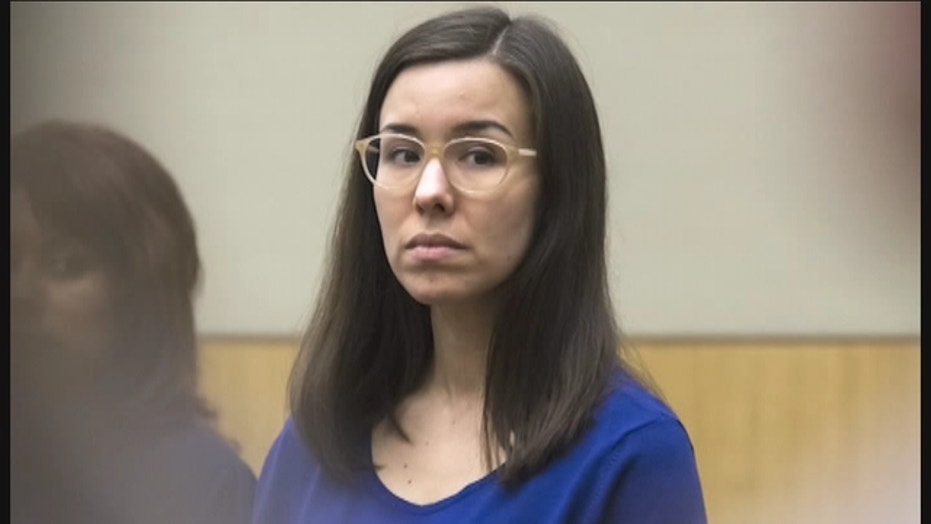 Convicted murderer Jodi Arias declined to address a jury considering whether to sentence her to life in prison or death in the killing of her former boyfriend.

PHOENIX (AP) – Convicted murderer Jodi Arias declined Monday to address a jury considering whether to sentence her to life in prison or death in the killing of her former boyfriend.

Arias said she wanted to make comments to jurors but insisted the courtroom be cleared. She said she wouldn't make any remarks if she could be seen and heard from a remote viewing room.

In Arizona, people convicted of crimes in which prosecutors are seeking the death penalty have a right to make statements to jurors before they are sentenced.

Arias' refusal to do so means she passed up a chance to beg for mercy without being under oath and without facing questions from prosecutors.

Lawyers are scheduled to make closing arguments Tuesday in the proceeding that began in mid-October and has dragged on months longer than expected.

Arias was convicted last year in the 2008 death of former boyfriend Travis Alexander, but the jury deadlocked then on her punishment.

A new jury has been hearing testimony on whether she should be sentenced to life in prison or death.

Prosecutors said Arias attacked Alexander in a jealous rage after he wanted to end their affair and planned a trip to Mexico with another woman. Arias has acknowledged killing Alexander but claimed it was self-defense after he attacked her.

As she did earlier in the sentencing retrial, Arias also cited potential personal safety threats in declining Monday to speak openly in the courtroom.

Her arguments briefly worked in late October when Stephens kicked the public out of the courtroom to allow the testimony of a then-unspecified witness who was skittish.

An appeals court later overturned Stephens' courtroom-closure decision and revealed that the witness in question was Arias herself. Her testimony was halted before the prosecutor got a chance to question her, though the prosecutor had already questioned her at her 2013 trial.

A transcript of her testimony in late October was eventually released, revealing few new details about her actions in Alexander's killing.

At the time, the judge said in a closed-door meeting that she felt Arias was being manipulative when she said she wouldn't testify unless the public was barred from the courtroom but still kicked out the public over concerns over how an appeals court may view her refusal to testify.