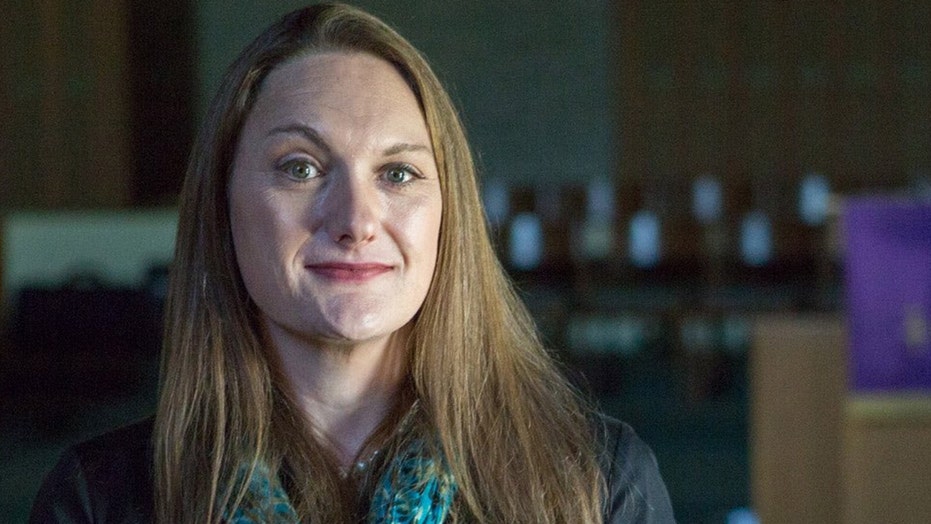 A pastor in Canada was fired for "theological reasons," her church said, after coming out as transgender in an online sermon.

The Rev. Junia "June" Joplin, who is originally from North Carolina, surprised some in June with the announcement at Lorne Park Baptist Church in Mississauga, Ontario, during a service held online due to the coronavirus lockdown.

"I want you to hear me when I tell you that I'm not just supposed to be a pastor. I'm supposed to be a woman," Joplin said. "My friends, my family, my name is Junia. You can call me June. I'm a transgender woman and my pronouns are she and her."

The Rev. Junia "June" Joplin, originally from North Carolina, announced in June that she was a transgender woman. In July, more than half the Canadian congregation voted to remove her. (John Cullen)

More than half of the 111-member congregation voted to terminate the contract after Joplin came out, a journey she began in 2018 by telling her spouse and sons.

"The Church has journeyed for the past month through a process of attempting to discern God's will resulting from June's announcement of June 14, 2020 that she is a transgender woman," the church where Joplin began leading in 2014 said Wednesday in a statement to CBC News.

"After a month of prayerful discernment and discussions between June and the congregation, it was determined, for theological reasons, that it is not in God's will that June remain as our pastor."

Joplin told Fox News she was "shocked and dismayed to hear the church point to theological reasons." She said she has employed "LGBTQ+ people before without incident" and has preached "an inclusive message" to positive feedback.

"I recognize that many Baptists would not employ a trans woman as pastor," Joplin said. "But Lorne Park never explicitly indicated they were one of those churches until Monday, when the slimmest of majorities made that decision for everyone."

The church's denomination, Canadian Baptists of Ontario and Quebec, has been ordaining women since 1948 and is a "more theologically moderate denomination compared to many Baptists in the states," Joplin explained.

"But like all Baptist bodies, we don't agree or share a unified stance on many theological issues," she added.

Despite that, Joplin told CBC News she was grateful for the church's immediate response to her coming-out sermon.

"I am grateful to them and I want to acknowledge just how kind and respectful at least their language has been," Joplin said. "Nobody intentionally misgendered me or did anything that was intentionally disrespectful so there has been a grace and kindness through the entire process."

On Sunday, Joplin is preaching via Zoom at St. Charles Avenue Baptist Church in New Orleans.