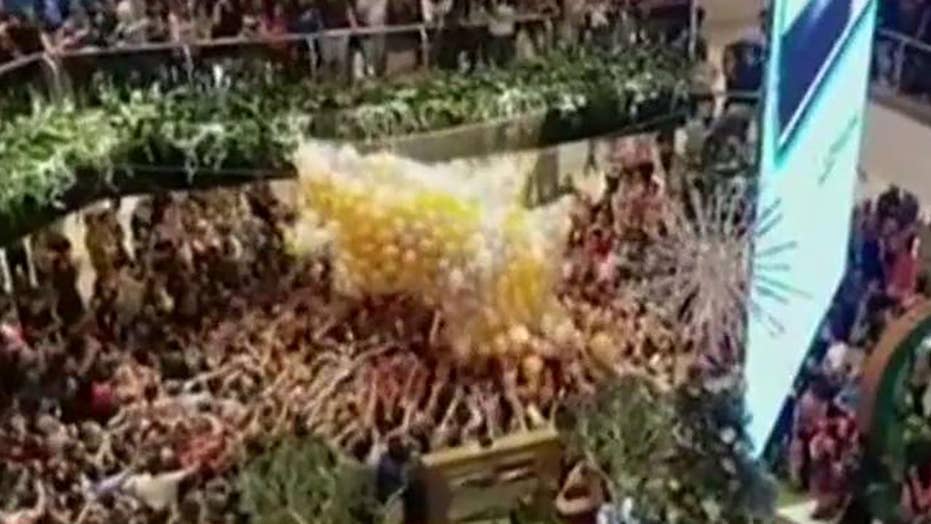 Prize-filled balloons were released at a Sydney mall resulting in a dangerous stampede. Five people were taken to the hospital.

A Christmas Eve balloon drop at a mall in Australia went horribly wrong when the promotional giveaway caused a stampede of shoppers that left several with injuries.

Five people were hospitalized with injuries ranging from traumatic chest injuries to neck, leg and back pain when shoppers hustled to get ahold of the prize-filled balloons at midnight, Australia’s ABC News reported.

Inspector Phil Templeman told the Australian Associated Press that is was “incredibly lucky” no one was more seriously injured.

Billed as the “ultimate mega balloon drop,” the event was part of a 36-hour non-stop shopping marathon leading up to Christmas. Each balloon held a free gift card inside, local media reported.

"It was pretty insane. It's been the talk of the morning," one retailer told the ABC.

Scentre Group, which owns the Westfield chain in Australia, is investigating the incident.

"Our team acted swiftly to support our customers, contact emergency services and make the area safe,” a spokeswoman told the outlet.

"Our team is continuing to speak with affected customers directly."