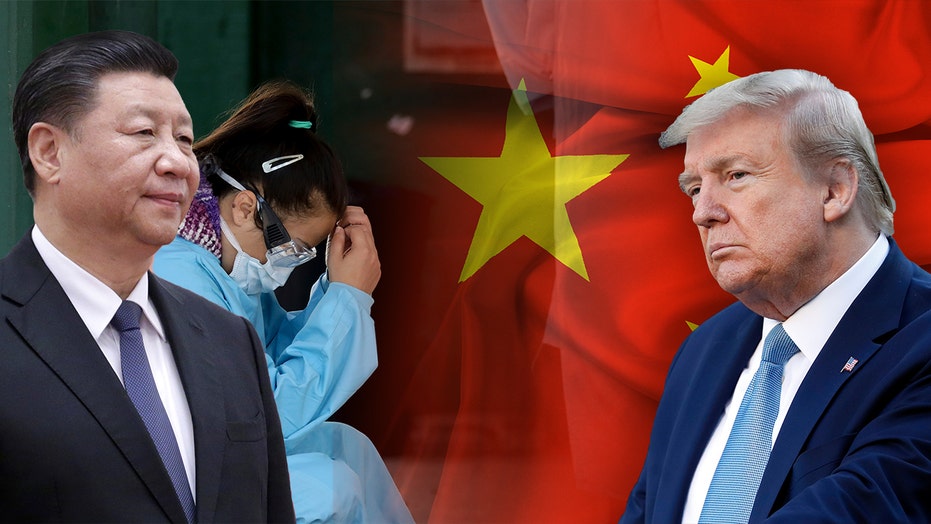 Chinese President Xi Jinping on Thursday kicked off his country's most important political event of the year with a silent tribute to victims of coronavirus — one he made without wearing a mask.

Rank-and-file members of the Chinese Community Party who gathered inside the Great Hall of the People in Beijing also claimed victory over the deadly contagion even though millions of people in the country are currently at risk of being forced back into lockdown after a growing group of new coronavirus infections triggered a backslide in the nation's push to return to normal.

Most of those in attendance at the Chinese People's Political Consultative Conference sat shoulder-to-shoulder and wore masks.

Xi and Prime Minister Le Keqiang did not.

TRUMP FIRES BACK AGAINST CHINA'S 'MASSIVE DISINFORMATION CAMPAIGN' ABOUT CORONAVIRUS

Some people believe Xi's mask-less move, as well as comments made at the conference about China being a "responsible major country," was a dig at the United States, which has repeatedly faulted the Asian country for its handling of COVID-19. The U.S. has also claimed Beijing was deliberately deceptive when initially reporting on cases that surfaced in Wuhan, the epicenter of the worldwide crisis, late last year.

Thursday's opening of the annual session of the CPPCC took place two months after it was first scheduled due to the coronavirus pandemic. 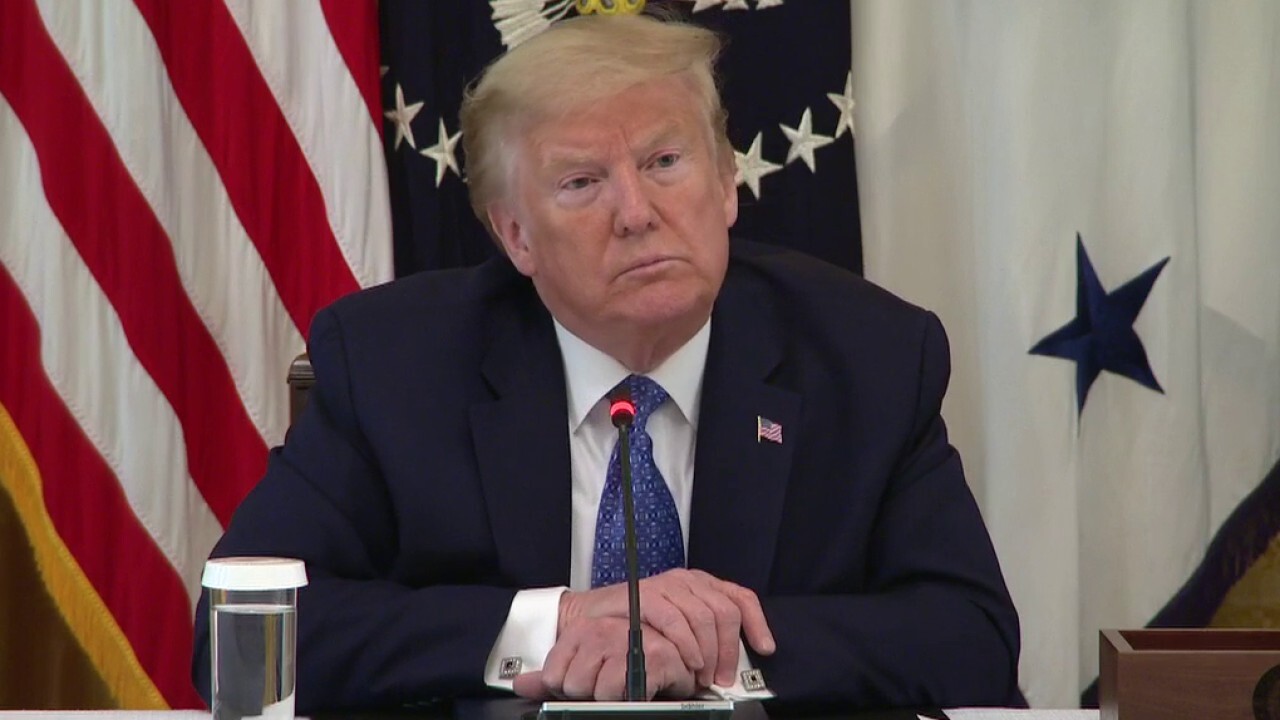 In his report to more than 2,000 delegates in attendance, Chair Wang Yang said conference members would "tell the world about how China, as a responsible major country, has taken firm action and contributed to international cooperation in the fight against the COVID-19 epidemic."

Thursday's session will be followed Friday by the opening of the National People's Congress, the ceremonial parliament. Premier Li Keqiang is set to deliver the keynote speech outlining economic and social goals for the year.

It's unclear whether Li will issue the usual gross domestic product growth target for the world's second-largest economy. Given the absolute economic devastation caused by the pandemic, the targeted GDP will likely be much lower than last year's 6.0 percent to 6.5 percent.

Delegates wearing face masks to protect against the spread of the new coronavirus applaud as Chinese President Xi Jinping arrives during the opening session of the Chinese People's Political Consultative Conference (CPPCC) at the Great Hall of the People in Beijing, Thursday, May 21, 2020. (AP Photo/Andy Wong, Pool)

Tens of millions of Chinese have been thrown out of work and it’s unclear how many jobs will return after the crisis passes. Not only have domestic production and demand been hammered, but China’s key export markets, such as the United States and Europe, have also suffered massive job losses and drops in consumption.

This year’s meeting of the two bodies is being shortened to one week from the usual two as part of virus-control measures. Media access has also been largely reduced and only a limited number of reporters, diplomats and observers were permitted into the meeting hall.

Backed by massive state propaganda support, Xi has received plaudits at home for having contained the virus, even while the U.S. and others question China’s handling of the initial outbreak.

The Chinese public is also largely seen as backing Xi in his confrontational approach to foreign policy challenges, including criticisms from the U.S., Australia and others.

Delegates wearing face masks to protect against the spread of the new coronavirus wait for the start of the opening session of the Chinese People's Political Consultative Conference (CPPCC) at the Great Hall of the People in Beijing, Thursday, May 21, 2020. (AP Photo/Andy Wong, Pool)

Abroad, however, that policy has further bolstered concerns about China’s intentions, and the Trump administration has increasingly pressed China over trade, technology and other issues. That may ultimately add to Xi’s difficulties in reviving economic growth and jobs at a time when global markets are partly shut and skepticism toward China runs high.