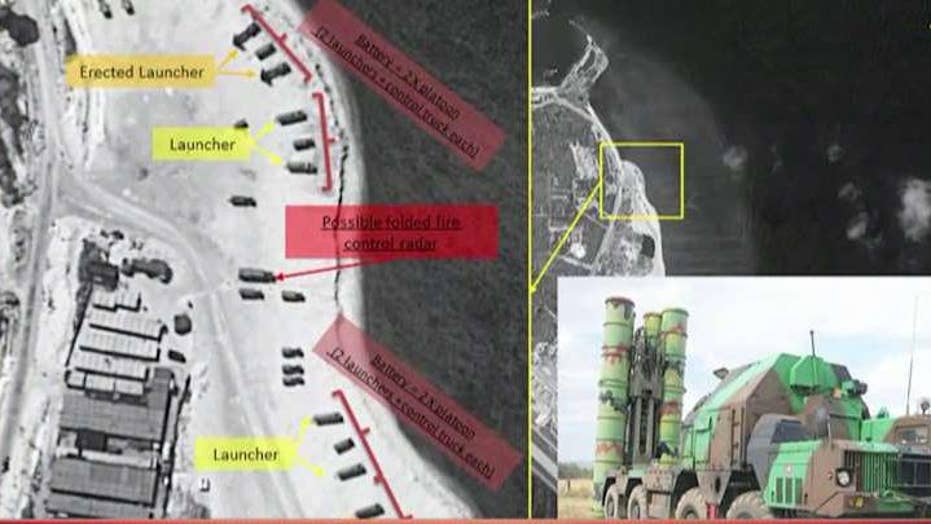 China's top diplomat accused the media Wednesday of hyping Beijing's deployment of an advanced surface-to-air missile system to a disputed island in the South China Sea, saying more attention should be paid to what he called "public goods and services" provided by China's development of its maritime claims.

Fox News reported Tuesday that satellite images showed two batteries of eight surface-to-air missile launchers as well as a radar system on Woody Island, a part of the Paracel Island chain that is claimed by China, Taiwan and Vietnam.

A U.S. official said the images viewed appeared to show an HQ-9 air defense system, which closely resembles Russia’s S-300 missile system. The HQ-9 has a range of 125 miles, which would pose a threat to any airplanes, civilians or military, flying close by.

"We believe this is an attempt by certain Western media to create news stories," Wang said. He added that China's construction of military infrastructure was "consistent with the right to self-preservation and self-protection that China is entitled to under international law, so there should be no question about that."

Speaking to reporters in Tokyo, Adm. Harry Harris Jr., the commander of the U.S. Pacific Command, said the issue "concerns me greatly."

The move follows China's building of new islands in the disputed sea by piling sand atop reefs and then adding airstrips and military installations. They are seen as part of Beijing's efforts to claim virtually the entire South China Sea and its resources, which has prompted some of its wary neighbors to draw closer to the U.S.

The most dramatic work has taken place in the Spratly Island group, where the militaries of four nations have a presence, although similar work has also gone on at Woody and other Chinese holdings in the Paracels.

"The military will pay close attention to subsequent developments," a statement from Taiwan's Ministry of National Defense said. Relevant parties should "work together to maintain peace and stability in the South China Sea region to refrain from any unilateral measure that would increase tensions," the statement added.