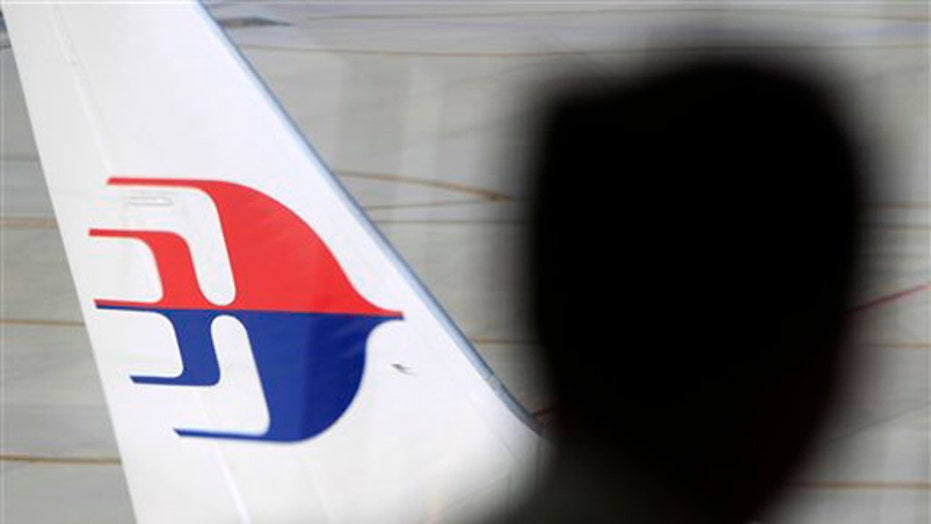 Report: U.S. to get fingerprints from passengers with stolen passports

The search area for a missing jetliner expanded on Tuesday with Malaysian Airlines saying the western coast of the country is now the focus of the hunt, as China deployed 10 satellites to help in the massive multinational effort to find the Boeing 777.

In a statement Tuesday, Malaysian Airlines said the hunt had expanded beyond the flight path, and the "focus is on the West Peninsular of Malaysia at the Straits of Malacca." That is on the other side of Malaysia from where flight MH370 was reported missing.

Civil aviation chief Azharuddin Abdul Rahman said the statement didn't imply authorities believed the plane was off the western coast. "The search is on both sides," he said.

"So far we have found no signs (of the plane) ... so we must widen our search on land," said Lt. Gen. Vo Van Tuan, deputy chief of staff of Vietnamese People's Army.

The Boeing 777 had 239 people on board when it vanished off radar screens early Saturday morning en route to Beijing from Kuala Lumpur, triggering a massive international search effort.

Meanwhile, the Chinese People's Liberation Army Daily newspaper said the country had deployed 10 satellites that will use high-resolution earth imaging capabilities and other technology to "support and assist in the search and rescue operations for the Malaysian Airlines aircraft."

The Chinese satellites will also help in weather monitoring, communication and search operations in the area where the plane disappeared, Reuters quoted the newspaper as saying.

The announcements reflect the difficulty authorities are having in finding the plane. China has urged Malaysia to speed up the search for the plane. About two-thirds of passengers and 12 crew aboard the plane were Chinese, according to Reuters.

Authorities began their hunt at the point the plane was last known to be, a spot in the seas between Malaysia and Vietnam. With no debris found, they have systematically expanded their search to include areas where the plane could have in theory ended up given the amount of fuel it had on board.

They have also said that the plane might have tried to turn back to Kuala Lumpur. On Sunday, Malaysia's air force chief said there were indications on military radar that the jet may have done a U-turn.

The investigation into the fate of the flight widened Monday, as authorities questioned travel agents about two men who boarded the plane with stolen passports and looked into why five individuals who checked in for the flight did not board.

Two of the passengers were traveling on passports stolen in Thailand and had onward tickets to Europe, but it's not known whether the two men had anything to do with the plane's disappearance. Criminals and illegal migrants regularly travel on fake or stolen documents.

Five passengers who checked in for flight MH370 didn't board the plane, and their luggage was removed from it, Malaysian authorities said. Malaysian Transport Minister Hishammuddin Hussein said this also was being investigated, but he didn't say whether this was suspicious.

A U.S. official told Fox News that the flight manifest has been run against the TIDE database -- a broad database that includes known and suspected terrorists -- and there were no obvious red flags.

Searchers were dealt a double blow Monday when a floating yellow object that was believed to be a life raft from the plane when it was spotted Sunday turned out to be the moss-covered cap of a cable reel, according to Vietnam's civil aviation authority. Earlier in the day, Vietnamese officials said that they had not been able to locate a rectangular object that appeared to be one of the plane's doors.

Although recovering black boxes are a priority, U.S. officials told Fox News that a piece of fuselage can be just as telling. It can be tested for explosive residue and the damage, such as blowout marks, can show where the explosion came from.