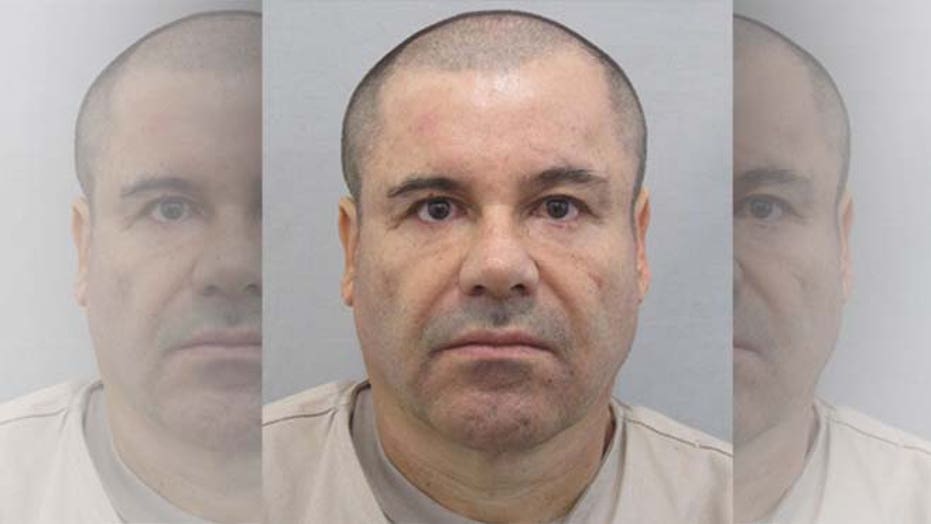 The kind of tunnel that led Mexico's most powerful drug lord to freedom would have been more than a year in planning.

ALMOLOYA, Mexico (AP) – The kind of tunnel that led Mexico's most powerful drug lord to freedom would have been more than a year in planning. The digging would have caused noise. The entrance would have to be in a place beyond the view of security cameras at Mexico's toughest prison.

As authorities hunted Monday for any sign of Mexico's most powerful drug lord, it was clear that Joaquín "El Chapo" Guzmán's escape must have involved inside help on a grand scale.

Interior Secretary Miguel Angel Osorio Chong said as much Monday night. He announced that three prison officials had been fired, including Valentín Cardenas, director of the facility known as Altiplano, a maximum security prison 55 miles west of Mexico City.

"They had something or a lot to do with what happened, and that's why we made that decision," Osorio Chong said.

Still, he did not say who exactly is suspected of aiding the escape.

The prison has the same high-security standards as those in the U.S. and Canada, he said, and Guzmán was given extra surveillance, including a tracking bracelet, although it worked only inside the prison.

Osorio Chong said the one-mile tunnel had been dug about 60 feet below the surface and called it a "high-tech" breach of the prison's extensive security measures, including 750 cameras and 26 security filters.

The Mexican government announced that it is offering a 60 million peso ($3.8 million) reward for Guzmán's recapture. An Interpol alert was sent to 10 countries and at least 49 people have been questioned by the government's organized crime unit, including 34 prison employees.

A tunnel of such sophistication — with lights, air venting, and a customized motorcycle rigged up on a rail line — would normally take 18 months to two years to complete, said Jim Dinkins, former head of Immigration and Customs Enforcement's Homeland Security Investigations.

"When it's for the boss, you probably put that on high speed," he said.

If anyone was capable of pulling off such a feat, it was Guzmán, who is believed to have at least a quarter-century of experience in building large, sophisticated tunnels to smuggle drugs under the U.S.-Mexico border and to escape from hideouts as authorities closed in.

His Sinaloa Cartel also has been most successful in coopting officials, said Edgardo Buscaglia, an organized crime expert at Columbia University.

"By far they are the most infiltrated in Mexico's government institutions," he said.

Experts expressed skepticism that such an engineering feat could go on undetected.

Joe Garcia, who retired this year as interim special agent in charge of U.S. Homeland Security Investigations in San Diego, has extensive experience in tunnel investigations. He said the tunnel at Altiplano was longer than any passage ever found on the U.S.-Mexico border.

To pull off such a feat, rescuers likely had intelligence on the prison even before Guzmán was arrested, Dinkins said.

Designers and workers would have needed access to sensitive information such as prison floor plans and alarm and camera systems. And just the noise alone as they bored the final 30-foot vertical shaft directly under the prison to reach Guzmán's cell would have generated some attention.

"It's not just like someone took a couple tools, shovels and pickaxes. This is a very sophisticated operation," said Alonzo Peña, a former senior official at U.S. Immigration and Customs Enforcement. "How could they be there and not hear that construction was going on underneath? It's just impossible."

The area around the prison is a sprawling construction site, with giant water pipes, trenches and excavation crisscrossing the landscape, and that would have made it easy for the tunnel work to go unnoticed, Garcia said.

"It's the removal of dirt and debris that can cause attention," Dinkins said.

An Associated Press reporter who viewed the partially built house where the tunnel ended observed that the dirt level in the yard surrounding the house was 2 feet to 3 feet higher than the rest of the terrain, indicating workers may have just spread dirt around the property rather than haul it out.

Osorio Chong also said much of the excavated dirt, which he described as fine and thin, may simply have been scattered or compacted at the site.

By Monday afternoon, the search for Guzmán in the area near the prison had died down dramatically. Road blocks were gone and Federal Police patrols had lightened. Reporters traveled the area unhampered. Flights at the nearby Toluca airport that had been suspended on Sunday were back to normal.

The prison break is the second for Guzmán, who infamously fled a different maximum-security facility in 2001. He was on the loose for 13 years before being captured in February 2014 at a condominium overlooking the Pacific in Mazatlán.

He last was seen about 9 p.m. Saturday as he entered the shower area of his cell, where Osorio Chong said there are "blind spots" from the cameras in respect of human rights. After a time without seeing the prisoner, guards went to look for him and found something else entirely — a 20-by-20-inch hole leading into the tunnel.